Going to Extremes: Global Hazards and the Path to Resilience 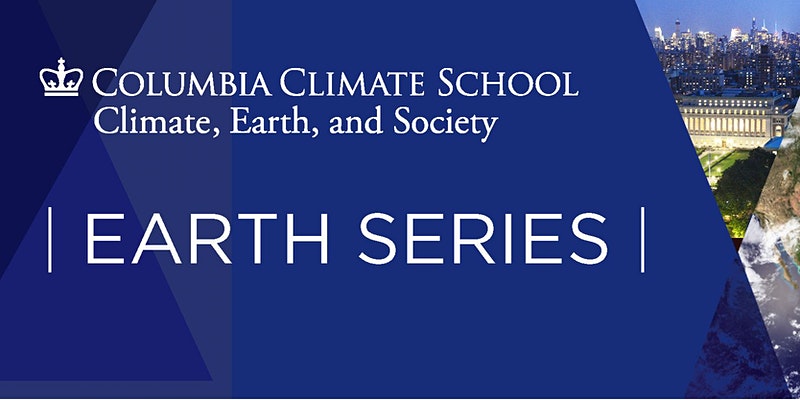 Going to Extremes: Global Hazards and the Path to Resilience

A summer of unprecedented heat, fire, and flooding extremes and the ongoing pandemic have laid bare the dangers to humanity. The science of understanding evolving hazards and the ability to take immediate, informed action is crucial to creating a resilient future.

Suzana J. Camargo is the Marie Tharp Lamont Research Professor at the Lamont-Doherty Earth Observatory of Columbia University. She has been working at Columbia University at the Lamont campus since 1999, first at the International Research Institute for Climate and Society (IRI) before becoming part of the Ocean and Climate Physics Division of the Lamont-Doherty Earth Observatory in 2007. Dr. Camargo's main expertise is on tropical cyclones (hurricanes and typhoons), in particular the relationship of tropical cyclones and climate in various time-scales. Dr. Camargo has published over 150 studies in peer-reviewed journals and her work has been highly cited. She has participated in many national and international committees in climate science and hurricanes.

Jeff Schlegelmilch is a Research Scholar and the Director of the National Center for Disaster Preparedness at the Columbia Climate School. He oversees projects related to the practice and policy of disaster preparedness, including the multi-award winning Resilient Children / Resilient Communities Initiative. His areas of expertise include public health preparedness, community resilience and the integration of private and public sector capabilities. Prior to his work at Columbia, he was the Manager for the International and Non-Healthcare Business Sector for the Yale New Haven Health System Center for Emergency Preparedness and Disaster Response. He also previously was an epidemiologist and emergency planner for the Boston Public Health Commission. He has advised leaders on preparedness systems and policy at all levels of government. He is an Opinion Contributor with The Hill and is frequently utilized as a subject matter expert for numerous media outlets. He is the author of Rethinking Readiness: A brief guide to twenty-first-century megadisasters published by Columbia University Press.

Daniel Zarrilli is the Special Advisor for Climate and Sustainability at Columbia University where he is supporting the creation of its new, world-leading climate school and advising on pathways to achieve the university’s deep decarbonization goals. He joined Columbia University from the NYC Mayor’s Office, where he served most recently in the role of Chief Climate Policy Advisor. Over the past eight years he has succeeded in launching a comprehensive $20 billion climate adaptation program, aligning the city’s greenhouse gas emission reductions with the 1.5C target of the Paris Agreement, divesting the City’s pension funds from fossil fuel reserve owners and investing billions into climate solutions, committing to end the expansion of fossil fuel infrastructure serving New York City, and launching a ground-breaking program to embed environmental justice into the City’s decision-making. Under his leadership in 2019, New York City released its latest long-term strategic plan, OneNYC 2050. He also served on NOAA’s advisory committee for the Sustained National Climate Assessment, concluded a 3-year term on FEMA’s National Advisory Council, and advised the State of Louisiana on its 2017 Coastal Master Plan update.  Daniel is currently a chapter author for the 5th National Climate Assessment and serves on the NYC Water Board.

Alex Halliday is the Founding Dean of the Columbia Climate School and Director of Columbia University’s Earth Institute. He joined the Earth Institute in April 2018, after spending more than a decade at the University of Oxford, during which time he was dean of science and engineering. With about 400 published research papers, Halliday has been a pioneer in developing mass spectrometry to measure small isotopic variations, helping to shed light on the birth and early development of our solar system, the interior workings of the Earth, and the processes that affect Earth’s surface environment.

The climate crisis is a challenge like no other. Tackling it requires innovative, coordinated, and transdisciplinary approaches from a top university, like Columbia. The Climate School will marshal the University’s strengths in basic disciplines and expand its resources to understand climate and its impact on society.