Informal employment – informality - is everywhere in the developing world. Understanding the informal economy is critical if one wants to better understand the political, economic and social ecosystem around rural and urban interlinkages.

Despite its importance few have looked closely at the informal economy. Informal workers in developing countries face economic, institutional and social constraints, such as corruption, inefficiency of the production process and barriers, such as red tape and burdensome legislation, preventing them integrating into the formal economy. Yet not all informal workers are the same: “multi-segmentation” is a key feature of the informal economy everywhere, in which a relatively well-off small group of successful individual enterprises coexists with the vast majority of smaller, less successful enterprises operating in precarious conditions and struggling to survive. The latter are often trapped in hardship by barriers preventing their access to things such as credit or training.

The link between social capital and the informal economy is also important, but again has been little studied by economists. Social bonds play a role which is either: positive if the networks help compensate the imperfections in the labor and capital markets; or negative if forced solidarities (especially financial transfers) are imposed within the family and community, which prevent informal businesses to develop.

Ultimately, documenting the dynamics of the informal economy remains a major challenge. Over the long run, the dynamics of the informal sector are driven by demographic, economic and public policy determinants. Yet at least until the global financial crisis, the strong economic growth at the start of this century resulted, for the first time, in a significant reduction in the urban informal sector.

Looking at the mobility between formal and informal sectors and the link between informal employment, income and poverty can help us understand further these dynamics.</p><p>

Poverty and informality are strongly correlated. And so, development policies would do well to help people make the transition from informal to formal employment. However this will take time and so, a two pronged strategy is needed which aims also to increase the incomes (through increased productivity, better access to credit, etc.) and living conditions (especially social protection) of those working in the informal sector.

When the formal labour market cannot provide a livelihood to those wanting to work, the informal sector offers a refuge for workers, even in emerging countries. In developed countries, new forms of informal employment are appearing. Indeed, informality challenges human development everywhere.

On the other hand, instantly eliminating informal economies can worsen socioeconomic disparities. It will disrupt livelihoods of the people, including the most vulnerable groups. What cities need is engaging and integrating informal players into their urban planning and policy interventions. 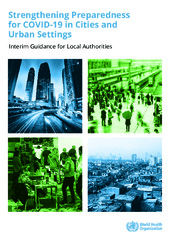 Strengthening Preparedness for COVID-19 in Cities and Urban Settings
This document is designed to support local authorities, leaders and policy-...
Read more
Approved

GRCN-World Bank: Cities on the Frontlines: Towards the Pandemic-Resilient City

For the 11th session this week, we will focus on “Towards the Pandemic-Resilient City”. We will have Robert Muir-Wood, Chief Research Officer, Risk Management Solutions (RMS), and Daniel Stander, Global Managing Director, Risk Management Solutions (RMS) who will share a range of ideas and examples on pandemic risk management, for both the immediate future and longer-term. They will be joined by Mahesh Harhare, Chief Resilience Officer, City of Pune, India to share Pune’s experience so far, and how data has helped the city moving forward. 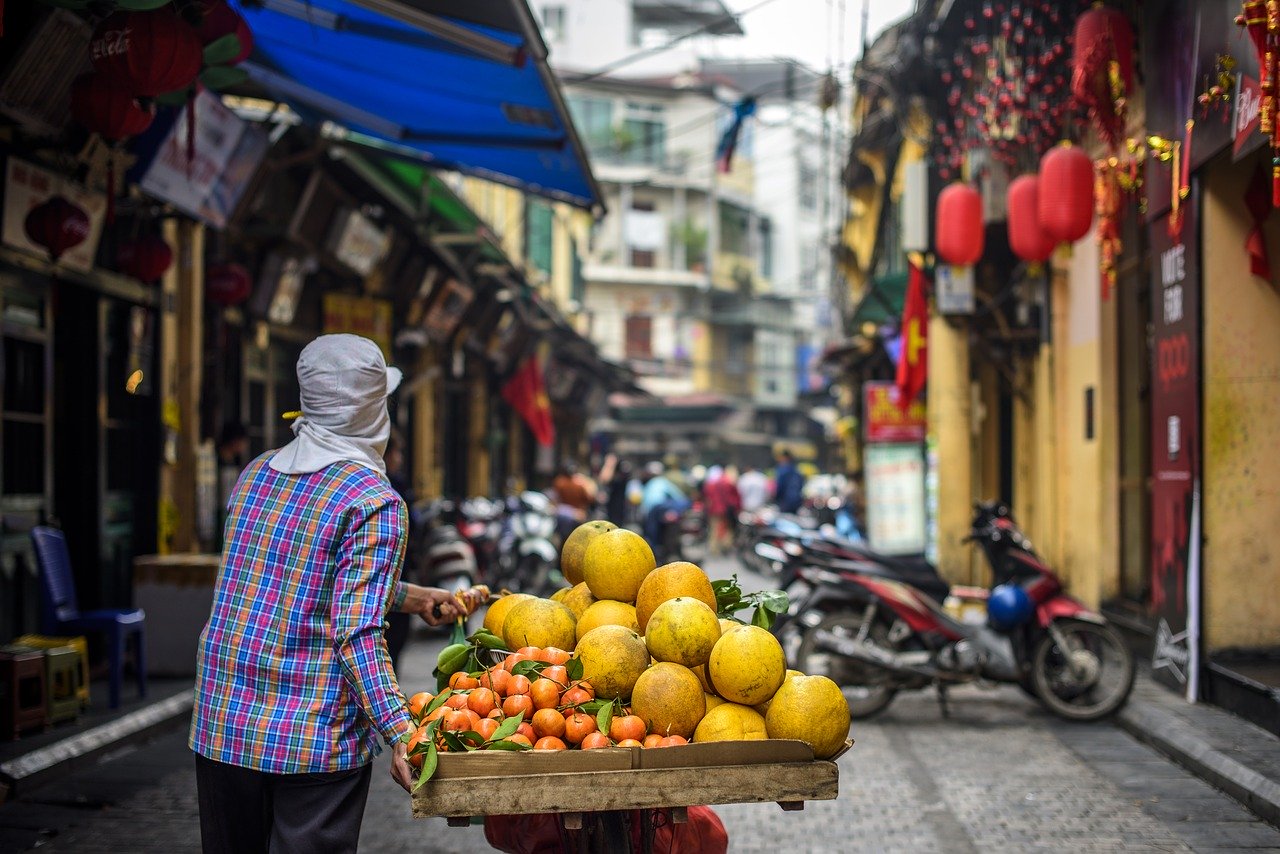 A middle path for containing COVID-19 in global south cities

17 May 2020 - The COVID-19 curve is rising in many global south cities, and city authorities are facing increasing pressure from citizens to find a sustainable path for containing the virus. This means finding intermediate containment options that can allow people to earn a living, particularly workers in the informal economy and others on daily wages while slowing the spread of COVID-19. 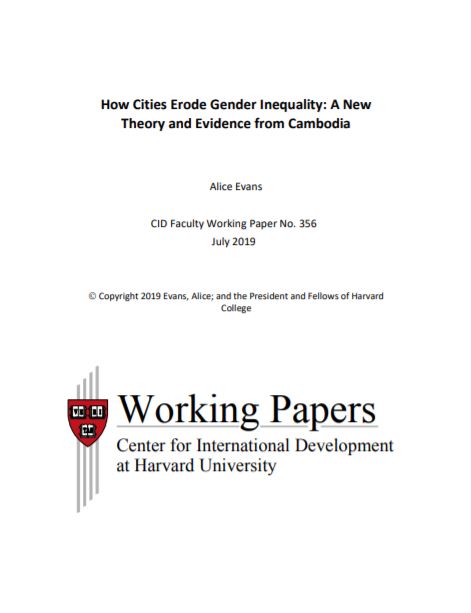 How Cities Erode Gender Inequality: A New Theory and Evidence from Cambodia
22 April 2020 - It centres on Cambodia, where the growth of rural garment...
Read more
Approved 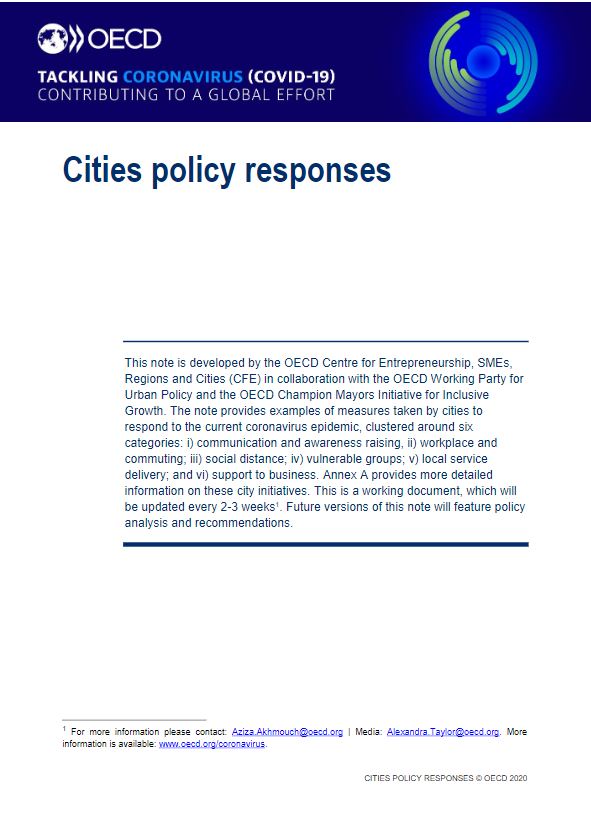 17 Feb 2020 -  The Guangzhou Award serves as a platform for the sharing and exchange of innovative practices in the local implementation of the United Nation’s Sustainable Development Goals (SDGs) and New Urban Agenda (NUA). Its objective is to contribute to the creation of inclusive, safe, resilient and sustainable cities and human settlements.

17 Feb 2020 - The Tenth World Urban Forum wrapped up in Abu Dhabi with delegates urging action on all aspects of rapid urbanization, recognizing that an increasingly urbanized world is a ‘transformative force’ that can be harnessed and steered to boost sustainable development.

Abu Dhabi, 13 February 2020 - This #WUF10 highlights video was screened at the closing ceremony of the Tenth Session of the World Urban Forum (#WUF10 ) in Abu Dhabi.

The Dubai International Best Practices Award for Sustainable Development is looking for the most innovative practices around the globe that improve the living environment with $1M worth of prizes to be awarded at the Dubai Expo 2020. 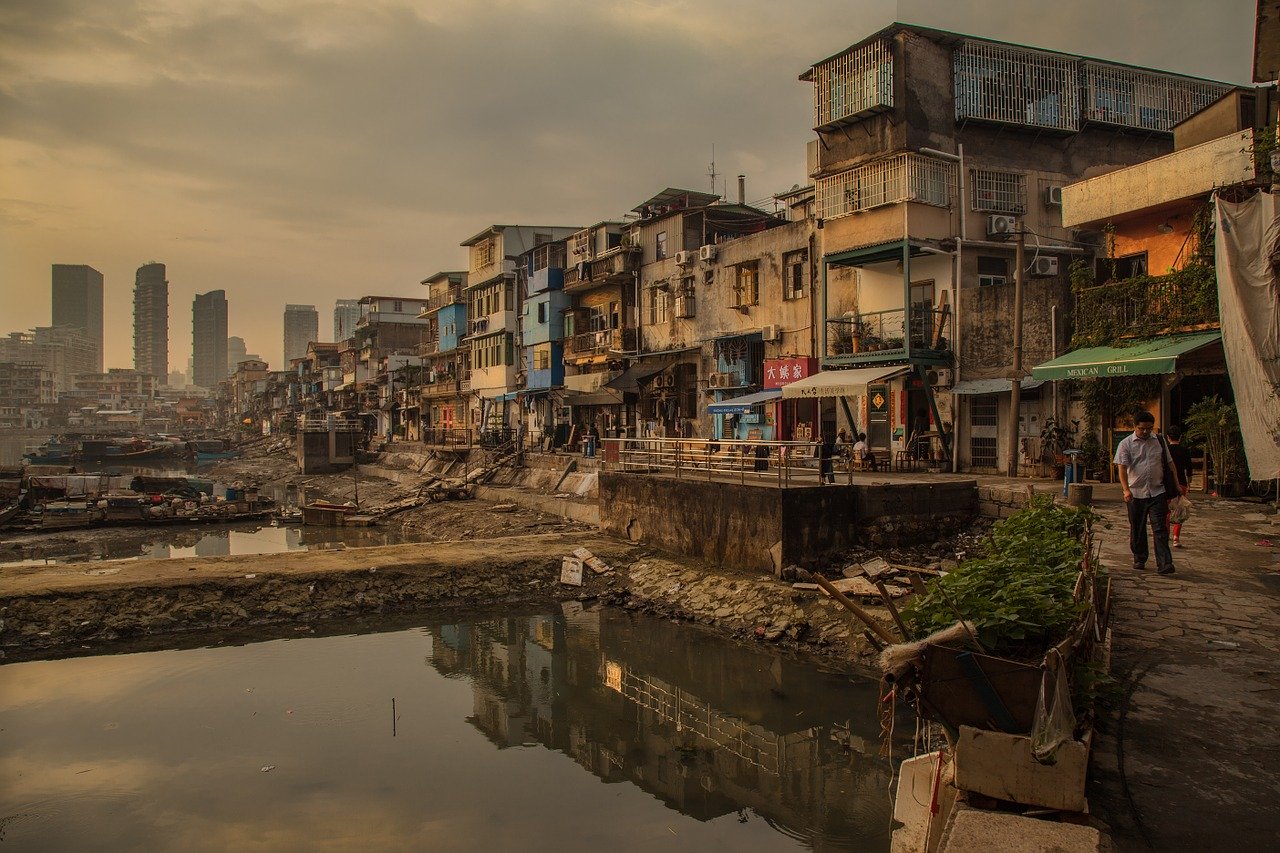 14 Jan 2020 - The expandable house project is part of ongoing research by the Urban-Rural Systems (URS) team at the Future Cities Laboratory (FCL) (a research unit of the ETH Zürich in Singapore). It identifies and builds upon the successes of forms of informal housing, and tries to improve upon their weaknesses. 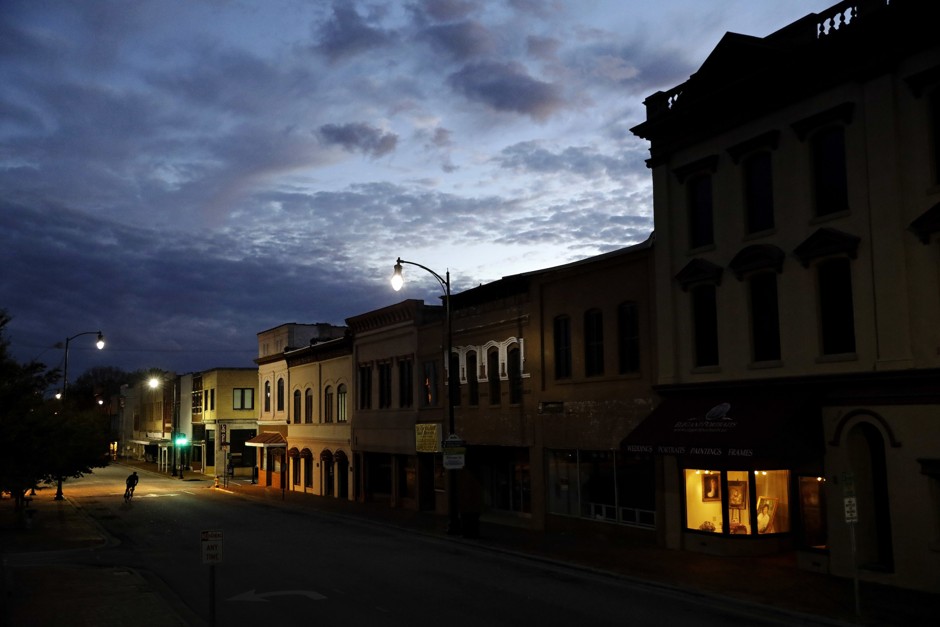 02 Dec 2019 - In a new report titled “Towards a New System of Community Wealth,” researchers spell out how to move from the top-down, grant-based model for community development to a more localized, entrepreneurial approach. 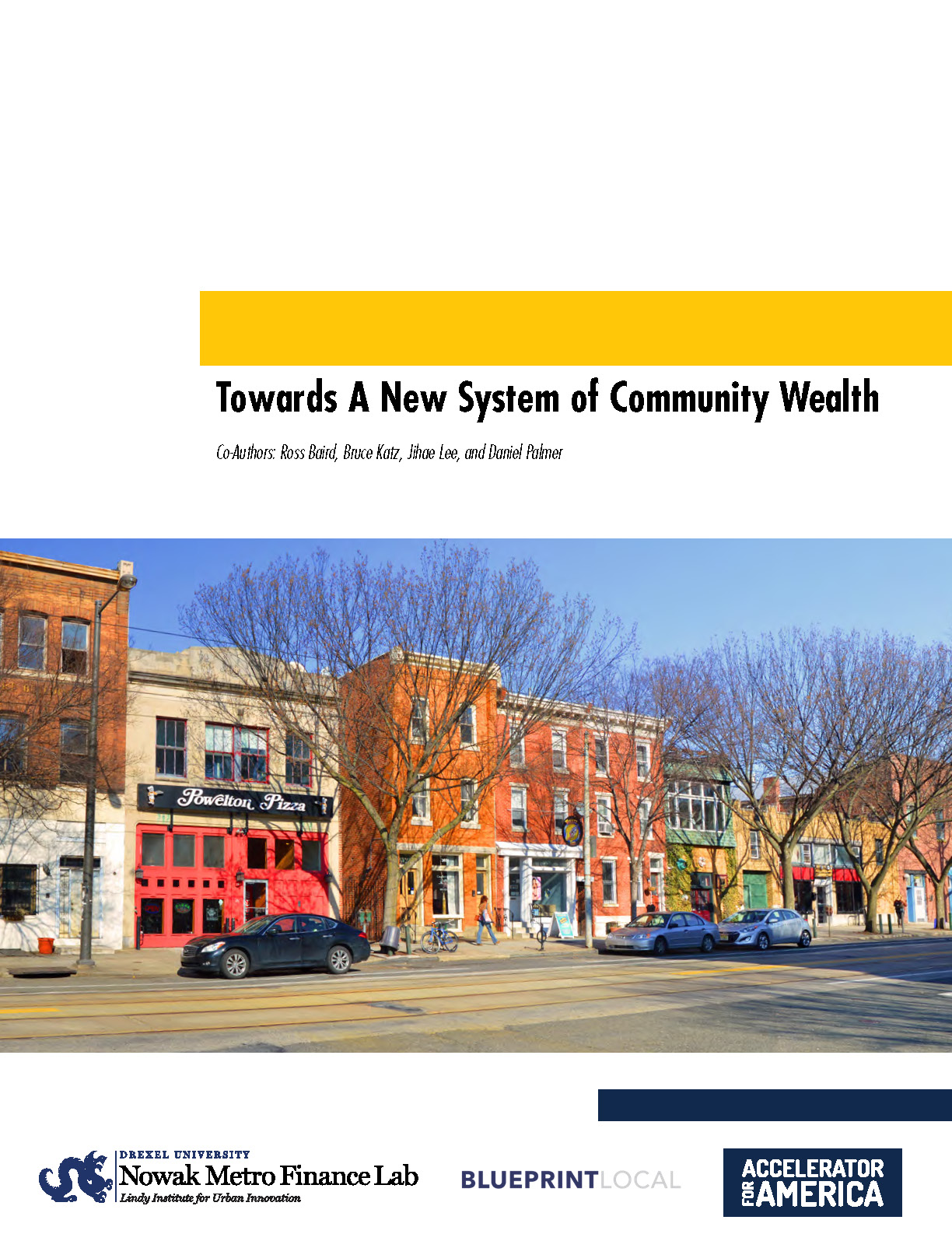 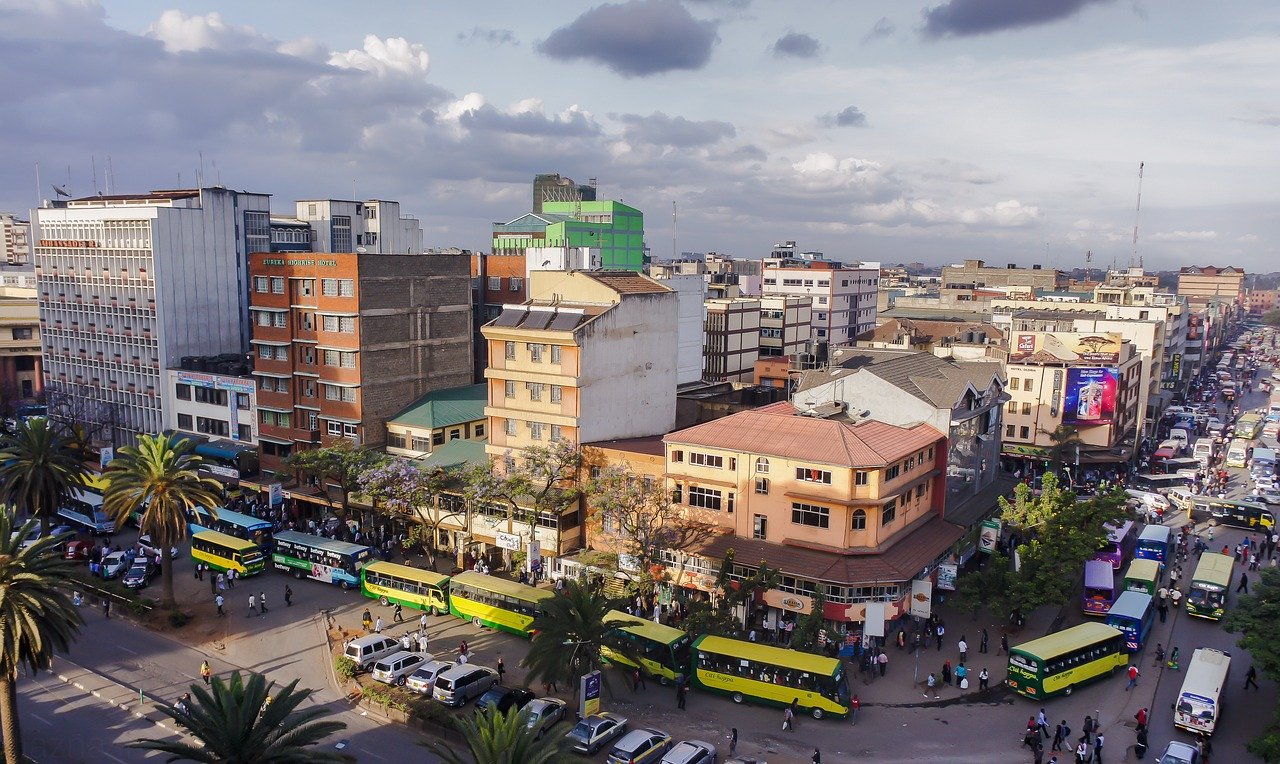 Why Africa is the Future of Megacities

Pro-poor climate action in informal settlements
This Thematic Guide is intended to be the first of a series of resources for...
Read more
Approved