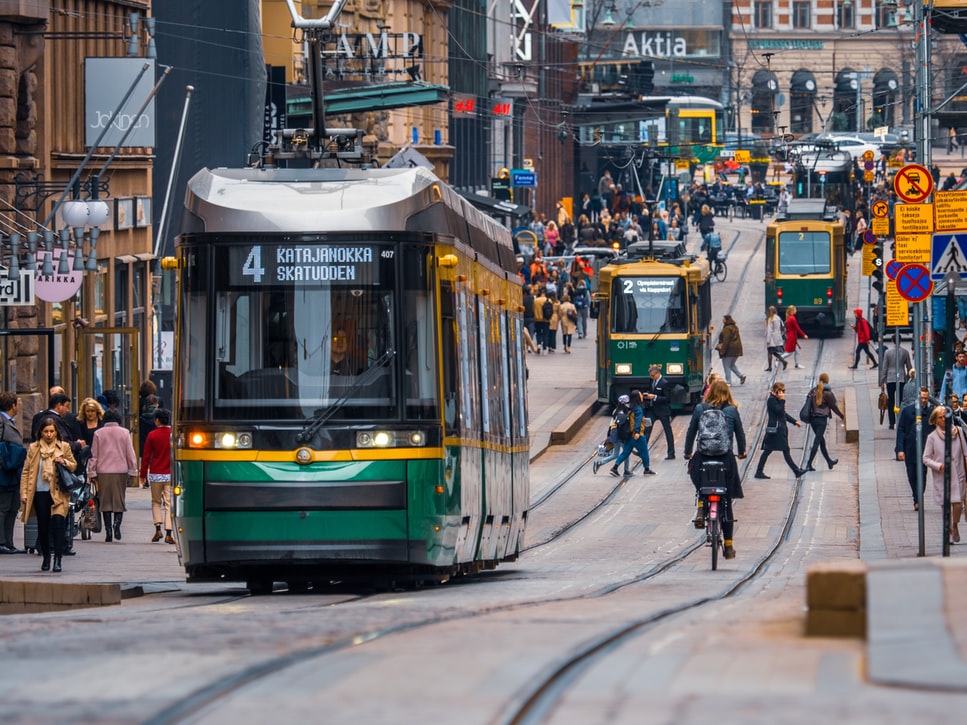 14 August 2020 - A street in the Helsinki suburb of Kulosaaren puistotie is being converted into a shared in-roadway bikeway (“bicycle boulevard”) that allows motor vehicle traffic.

Bicycle boulevards are streets designed to reduce the speeds and volume of motorised traffic, discourage cut-through motor traffic, and to give cyclists priority.

The new bicycle boulevard in Kulosaari will constitute a part of the Itäbaana express bike route, which is the main bike route from the east to the city centre.

The Kulosaari boulevard conversion is intended to make the roadway easier to understand and safer for all users, as vehicle speeds will be moderated, and cyclists will no longer have to cross the roadway.

Pedestrian safety will also improve compared with the current traffic arrangements, as cyclists will be on the road.

The conversion is scheduled for the end of February 2021, according to the preliminary timetable. During the construction period, Kulosaaren puistotie will remain in use for all transportation modes.

Two-way cycling is allowed but it will be converted into a one-way roadway, allowing motor vehicle traffic only from the east to the city centre.

Traffic travelling east will be rerouted to Kulosaarentie–Ståhlbergintie–Svinhufvudintie–Tupasaarentie, a route south of Itäväylä.

After completion of the roadworks, the boulevard will again allow two-way motor vehicle traffic but the latter must adjust their speeds according to cycling. No street parking is permitted on Kulosaaren puistotie during the construction period.

The Kulosaaren puistotie boulevard project seeks to ensure the worksite is emission-free, using only construction equipment that meets high environmental standards. The worksite employs four electric vehicles, and the other heavy-duty vehicles use only renewable fuels.

Image of Helsinki from Unspalsh by Tapio Haaja