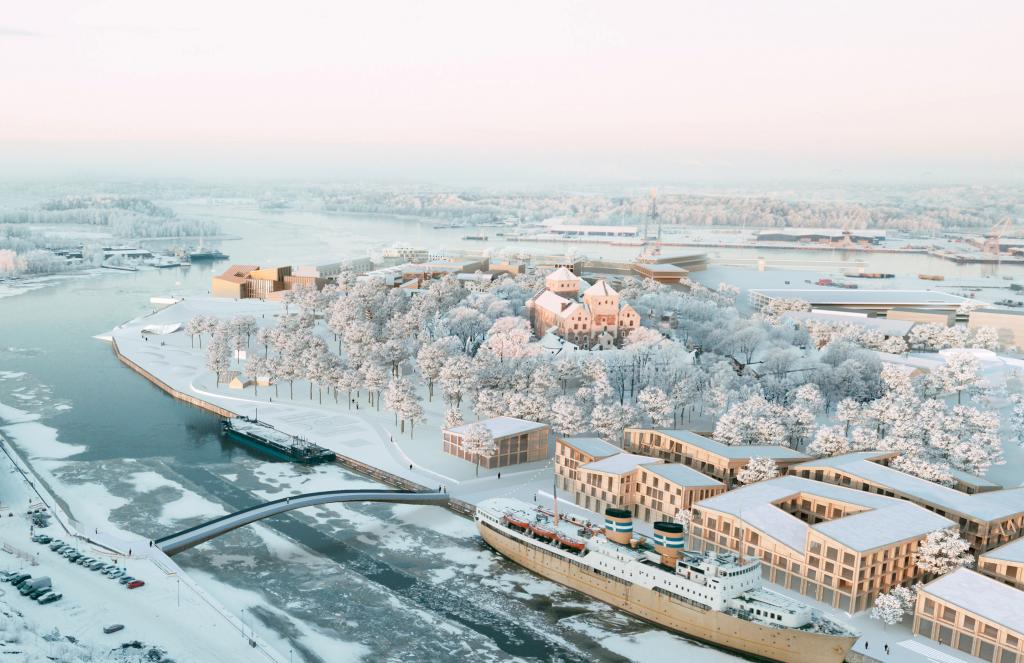 In Finland, cities are part of a broad coalition working towards circular economy

In Finland, cities are part of a broad coalition working towards circular economy

As one of the global circular economy leaders, Finland is linking circular economy efforts to its carbon neutrality ambitions and building on learnings from local governments in its new strategic program released today.​

In 2009, Turku, Finland, and neighboring municipalities built a wastewater treatment plant with the aim to curb pollution in the Archipelago Sea off the coast of Southwest Finland. Although the stated goal was environmental protection, today, that same plant powers 10 percent of district heating in Turku and provides nutrients for regional agricultural needs. These are the benefits of a circular economy - even when you don’t expect it, circular solutions pay back and just keep giving.

With working groups for national government, municipalities, business and citizens, the national strategic program was developed with input from all actors and its success depends on buy-in at all levels. But that’s not the only way Finland is focusing on integration. Just as they are working to bring diverse actors together for a more effective circular economy, they are also connecting their work on circular economy and climate.

“The transition into a circular economy is also a step towards achieving the government's carbon neutrality target by 2035,” says Taina Nikula, Senior Advisor at the Finnish Ministry of Environment. According to Nikula, switching to a more circular use of materials in the EU alone could cut industrial CO2 emissions by more than half by 2050.

Building an understanding of how consumption-based emissions are contributing to the climate crises across countries and value chains forms a strong undercurrent in the way that Finland is connecting its goals on climate and circular economy. “We don’t have a common view of the impacts of our everyday consumption,” said Riikka Leskinen, from Valonia, the service center for sustainable development of Southwest Finland.

This is why Turku focuses on linking regional circular economy efforts to its carbon neutrality ambitions as part of the Circular Turku project, in collaboration with the global cities network ICLEI – Local Governments for Sustainability. Turku’s 1.5 degree Life campaign focuses on raising awareness about lifestyle emissions and is one way local leaders are working to kick off the conversation. Cities such as Yokohama and Nagano in Japan that are also working with ICLEI to strengthen their circular economies are in the planning stages to roll out locally specific 1.5-degree life campaigns in their own communities.

Local Governments are Leading the way to circular economies

This type of awareness-raising is just one approach local leaders can take to create an enabling environment for the circular economy to thrive. Nikula also emphasized the centrality of local governments in enabling the transition to a circular economy in Finland. “The way we plan and design our policies, cities and infrastructure, as well as our daily lives, has to change,” she says. “Municipalities in Finland are key players when it comes to urban planning, investments and public procurement. In Finland, for example, local government entities use around 20 billion euros in public procurement.”

Mayor Arve also paints a picture of leadership at the municipal level that employs varied techniques and approaches. “Municipalities can be the middleman between people, businesses and the national government because the local level is where action gets concrete as we are so close to residents and businesses” she said, citing a wide range of tools from land use to public procurement to fiscal instruments like taxes as key intervention points for municipalities to enable the circular economy.

She also notes that municipalities can kick off the transition to a circular economy by leading by example. “Sometimes it is hard for businesses to imagine the viability of circular economy solutions so it can be important that the initial investment comes from the public sector,” she said. In 2015, the city of Turku along with neighboring municipalities funded the development of a waste management company focused on circularity which led to the development of front running textile recycling technologies that will be rolled out this year.

This intervention in the value chain to maximize the lifespan of textiles is a classic circular economy solution, but one that requires a systems approach. “Material flows don’t look at geographical boundaries” says Leskinen, so that is where multilevel cooperation across sectors, and borders comes into play. Acknowledging and addressing these complex systems challenges head on, at the local, regional, national and international level is what makes Finland a leader in the space.

Liisa Lahti, Project Manager of Turku’s Circular Turku project, spoke to the shared sense of purpose she experienced in the collaboration with other municipalities through the development of the roadmap. “We are all in this together. People are already into the subject - you don’t have to start from zero. Now we need to dig deeper into the value chains in order to concretize circular economy actions in all different fields from industrial scale solutions to everyday circular economy such as sharing resources.”

It will promote best practice in the circular economy, seek solutions to administrative, technical and regulatory bottlenecks, and connect research institutes to develop solutions together with municipalities. The Government will take a stand after the proposal for circular economy strategy has been circulated for comments.

“I hope that it will paint a clear picture that we can do it,” said Lahti. “Finland has the potential to do it. We have everything - we have resources, innovation, political buy-in. Let’s do it.”

Finland is a trailblazer here, and that means there will be a lot to learn at different levels of governance. As part of Circular Turku, ICLEI will be sharing these learnings internationally through its network of 2,000 local governments. There is so much potential “but we are still learning what sustainable lifestyles should look like… and we are still learning what circularity really means,” said Leskinen. Finland’s circular economy roadmap 2.0 is a place to start.

TheMayor.EU stands against fake news and disinformation. If you encounter such texts and materials online, contact us at info@themayor.eu