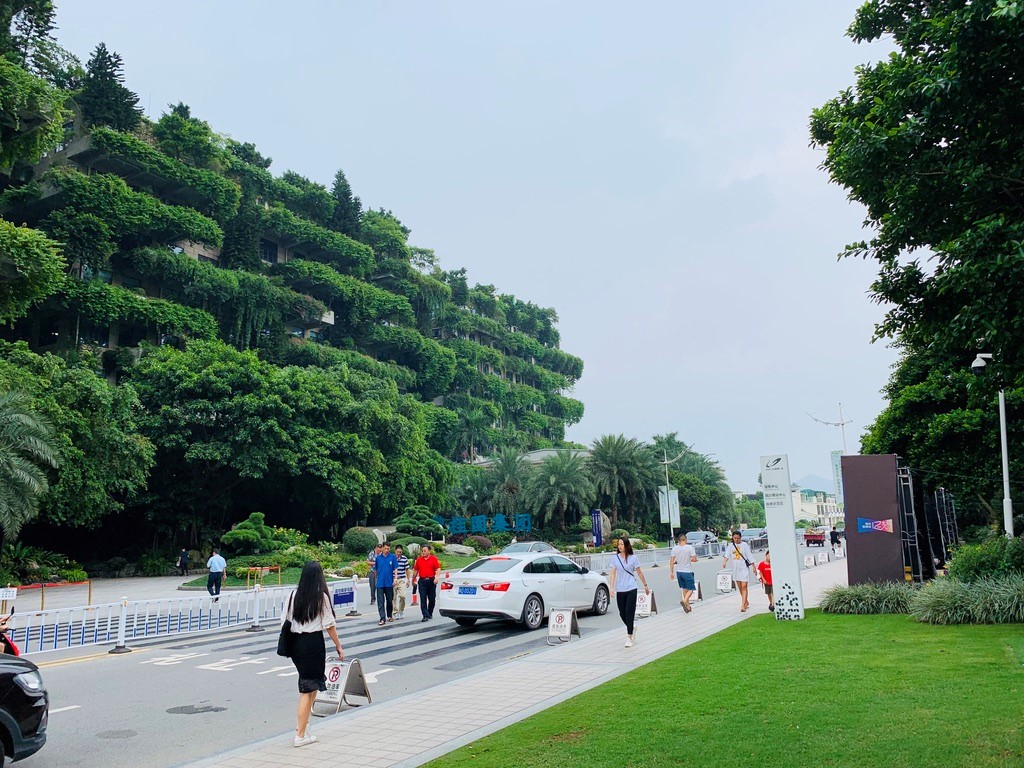 “While the discursive power of “green and smart” has been significant for the strategic marketing and branding of the project, it has also unevenly transformed the local way of life and endangered local and trans-local environmental dynamics”, write Dr. Yimin Zhao (Renmin University of China), Dr. Sin Yee Koh (Monash University Malaysia), and Prof. Hyun Bang Shin (LSE)

The geopolitical dimension of China’s capital outflows, invested in primary industries (e.g., mining) and manufacturing facilities in Africa, is often captured by the term “Global China.” However, there is still a lack of attention to its urban dimension, especially on how and to what extent the process of “Global China” reshapes urban spaces and everyday lives of urbanites beyond Africa. As part of our that examines differentiated modes of speculative and spectacular urban production in this process, here we focus on the Forest City project in Iskandar Malaysia, which has been developed by a major private developer from China. Drawing on fieldwork conducted in 2019, we foreground the three entanglements that made the project possible: (1) the entanglement of domestic and transnational interests, (2) the entanglement of two distinctive versions of green urbanism, and (3) the entanglement of the materiality and sociality of environmental discourses. These three entanglements, in turn, render the green urbanism discourse that legitimises the project, speculative.

The Country Garden Group, 碧桂园, is the largest property developer in the world today. It originated from a collectively-owned construction company in Shunde, Guangdong Province. Yang Guoqiang, its manager, collaborated with his partners to privatise that company in the 1990s and founded the Country Garden Group. The Group soon made its local reputation as a credible and efficient property developer, especially for projects at urban peripheries. Greening and gardening elements have been a key marketing feature of the Group’s property projects. It was Mr Yang’s preference and instruction to have “green everywhere you can see” (满眼都是绿色) in their marketing materials, and this preference is further evidenced by the Group’s new headquarter building (Figure 1). Our interview data suggest that this version of green urbanism reflected “the Founder’s vision and imagination of urban futures.” More importantly, this version of green urbanism became the Group’s “nuclear weapon” (i.e., unique selling point) in sales and marketing. Indeed, we have also observed the materialisation of this vision of “green everywhere” in the Group’s Forest City project at Iskandar Malaysia. This brings us to the following question: how and to what extent has this version of green urbanism been transplanted from Shunde to Iskandar Malaysia? 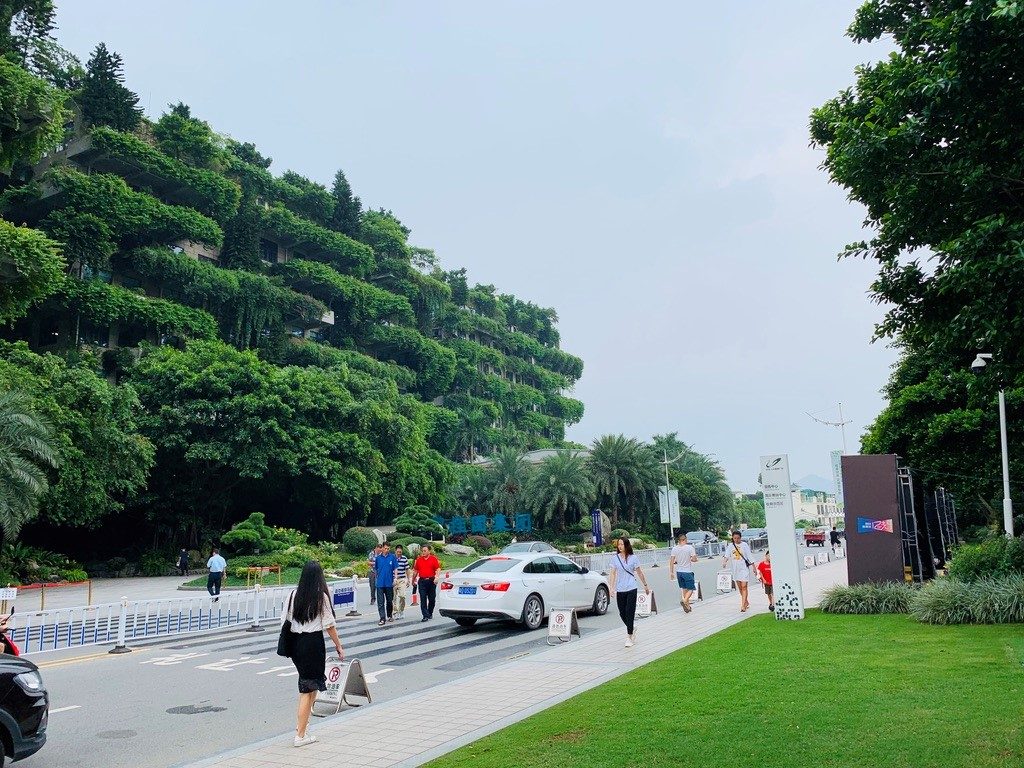 Iskandar Malaysia is one of the five economic corridors (i.e., special economic zones) in Malaysia, and the only one where the federal government shares equal directive power with the state government (Johor in this case). From 2006 to 2016, this corridor attracted foreign investments at about 48 billion USD, with China ranking the first. The majority of these investments went into property development. As foreign developers are not allowed to operate independently in Malaysia, mainland Chinese developers have formed joint venture companies with local public or private entities. In the case of the Forest City project, the Country Garden Group cooperated with a local company, Esplanade Danga 88 Sdn Bhd (EDSB), which is in turn jointly owned by the Sultan of Johor, Kumpulan Prasarana Rakyat Johor (KPRJ, a Johor state-owned company) and Daing Malek (the Sultan’s aide and business partner).

This is the first moment of entangling, where the international capital (from China) has to share their revenues with local partners in order to make their business possible. But this is only the starting point of our story, and we now turn to the second moment of entangling, where the local version of green urbanism is entangled with that from Shunde.

At the onset of Iskandar Malaysia’s establishment, green urbanism – and low carbon society and green technology in particular – has been the local authority’s key concern that is also in line with the federal government’s agenda. In 2011, Iskandar Malaysia was selected as a pilot area for the “Development of Low Carbon Society Scenarios for Asian Regions,” a five-year joint research program between Japan and Malaysia. A key project facilitated by this program is the Green Accord Initiative Award (GAIA), a certification scheme that promotes sustainability in the built environment. By setting up a home-grown certification scheme that is of a much higher standard than existing schemes, the local authority believes that GAIA can help Iskandar Malaysia to be greener than its (global) competitors. Moreover, according to a local authority officer interviewed, developers “do like the accolade” because it helps with the sale of their projects to end buyers. Here we can see not only some clues to what David Harvey (1989) has coined “urban entrepreneurialism,” but also the second moment of entangling where two versions of green urbanism are put together.

What should also be noticed, though, is the fact that these activities do have social and environmental effects, which might be far different from what have been promised by the discourses of green urbanism. This marks the third moment of entangling, where the material and social effects of these discourses are entangled together.

The Forest City is indeed a city-scale project, with a targeted population of 700,000. Built on four reclaimed islands totalling 14 square kilometres in the Johor Straits, this project has been inducing negative impacts on sea areas nearby, which have rich seagrass, mangrove, and marine diversity. It is this diverse ecosystem that has long been supporting the livelihoods of local residents in the surrounding fishing villages. And now, such negative impacts induced by the large-scale land reclamation turned out to be irreversible. In addition, land reclamation and green-landscape making also involve transnational transactions of sand, gravel, plants, and other natural resources from elsewhere (Rizzo, 2019; Tateishi 2018), which further challenged the local, regional and global eco-system.

In the production of the “green and smart” Forest City, such invisible undersides of actually-existing green urbanism are unequally experienced by local stakeholder groups. While the discursive power of “green and smart” has been significant for the strategic marketing and branding of the project, it has also unevenly transformed the local way of life and endangered local and trans-local environmental dynamics. In this sense, we suggest that the specific connotation of “green” in a certain context depends on who is speaking about what type of “green urbanism” to which audience, and for what purpose. In the context of speculative urbanisation, the discursive usage of “green urbanism” becomes suspicious and worrying. It is through this line of inquiry that we can better understand the entangled urban mechanisms of Global China – or, more accurately, Glocal China.

Harvey, D (1989). From managerialism to entrepreneurialism: the transformation in urban governance in late capitalism. Geografiska Annaler. Series B. Human Geography, 71(1), 3-17.

Rizzo, A (2019). Predatory cities: Unravelling the consequences of resource-predatory projects in the global South. Urban Geography, 40(1), 1–15.

* Dr Yimin Zhao presented the findings related to this blog post for a roundtable discussion on 29h October 2020 as part of SEAC Southeast Asia Week 2020. You can access a recording of the “Politics of city-making in Southeast Asia” roundtable here.

* The views expressed in the blog are those of the authors alone. They do not reflect the position of the Saw Swee Hock Southeast Asia Centre, nor that of the London School of Economics and Political Science.