Bolivia is a predominantly urban country. According to projections by the National Statistics Institute, 80 percent of Bolivians will be living in urban areas by 2050.

Urban expansion is associated with unplanned settlements with low densities and gaps in basic services. For municipalities, this results in demand for more and better services and public works, and solutions for such issues as transportation and mobility, environmental impact, informal settlements in hazardous areas and citizen insecurity, all of which require rapidly-implemented solutions with often limited resources.

The "Agglomeration of La Paz" comprises La Paz and El Alto and is home to more than two million people, or 17 percent of the country.

It has a young society with a strong identity and a territory with extraordinary potential to build rural-urban syncretism and make cultural diversity its greatest potential.

The municipality of La Paz is the seat of government and the epicentre of the country's political and social activity. The territorial distribution of the population is asymmetric: 96 percent is concentrated in seven urban macro-districts covering nine percent of the territory, while four percent lives in two rural districts. It has more than 350 rivers. Many of these are underground, which can give rise to inappropriate land use; 70 percent of its urban area is on land with a moderate, high or very high level of risk.

El Alto, more than 4,000 metres above sea level, is linked geographically, socially, culturally and economically to La Paz. It is characterized by constant flows of migrants which have given it the country’s second-biggest growth rate. More than one million people live in 14 urban and rural districts. The predominant culture is Indigenous Aymara.

The main challenges for both municipalities are structural issues that require joint responses. Addressing these will require a new paradigm of cooperation.

Restrictions imposed by the COVID-19 health emergency have affected both municipalities in loss of lives and of costs to the economy. But these problems also present opportunities to generate inclusive, participative models of development. Digital tools that help create opportunities for citizen participation and urban innovation have great potential.

How should we bring this new scenario into being? By closing technology gaps and placing citizens and the environment at the centre of decision making. We present some examples of sustainable development in both municipalities which illustrate and our commitment to structural transformation.

Working with government agencies, the UNDP Accelerator Lab has promoted the Digital Neighbourhood project. This uses technological tools updated in real time to enable every resident to play a leading role in their own development while contributing to their neighbourhoods.

This initiative began in the neighbourhood of San Sebastián using collective intelligence aimed at its young people, which constitute 45 percent of the population, in order to map and create solutions in response to their needs, which included internet access and digital education services.

The municipality of El Alto, with the support of the UNDP Accelerator Lab and in partnership with the Bolivian Waste Treatment Company, is implementing the first urban big data project in Bolivia.

Solid waste collectors use an interactive app to collect data, based on the waste-collection routes in the municipality’s District 3.

The municipality will have a new model for decision making that will facilitate evidence-based design and policies that will be replicable in other cities.

These actions will be used to create strategies that take full account of the aspirations of the people. They will show real engagement with the challenge of leaving no one behind. This aim is a new reality free from inequalities, and with a cultural identity and social, economic and cultural dynamics founded in the plurality, shared history and geographical beauty that make El Alto and La Paz unique. UNDP and the leaders of both municipal governments are committed to addressing and resolving these problems. 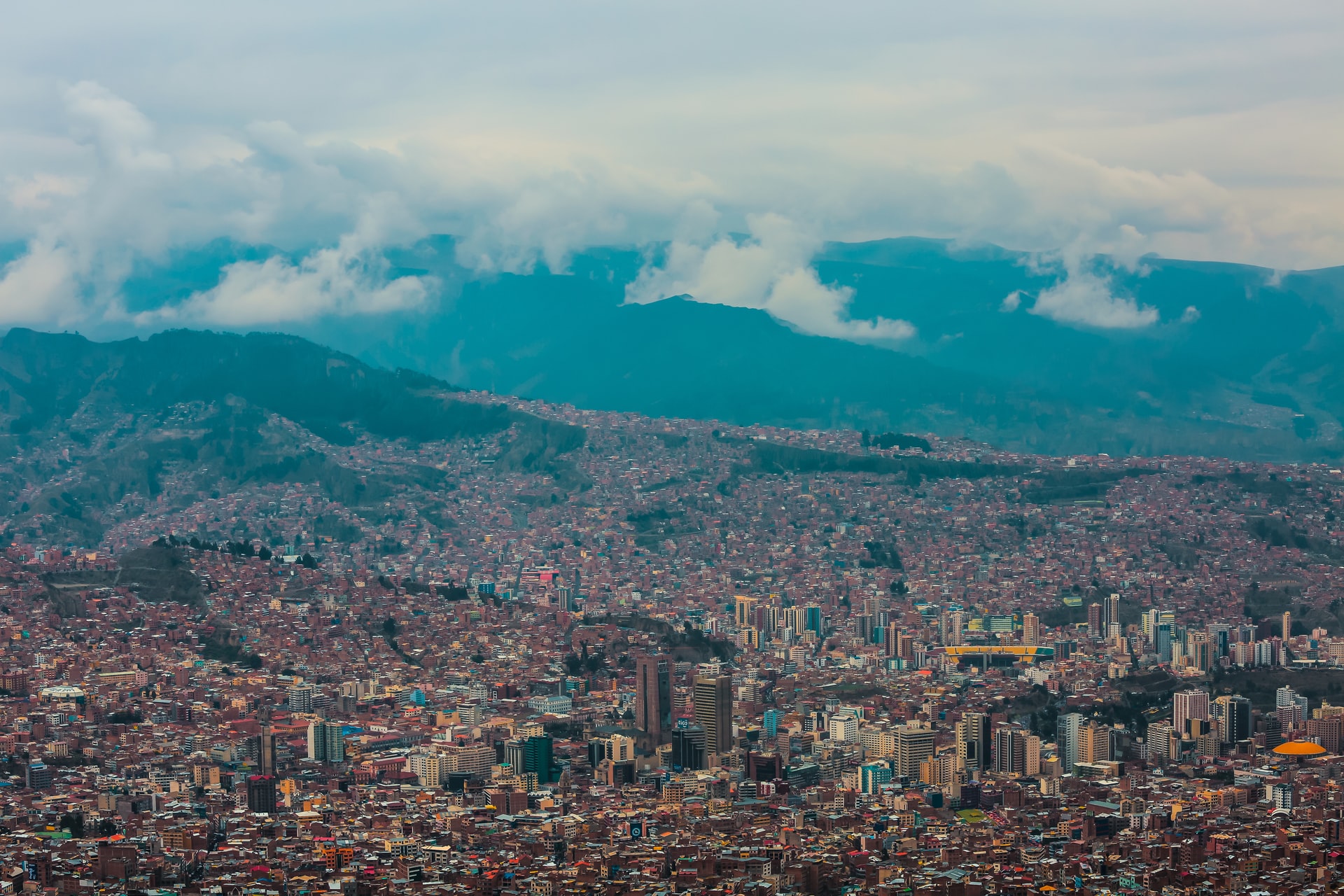 More than 2 million people live in the agglomeration of La Paz and El Alto. Photo: Unsplash