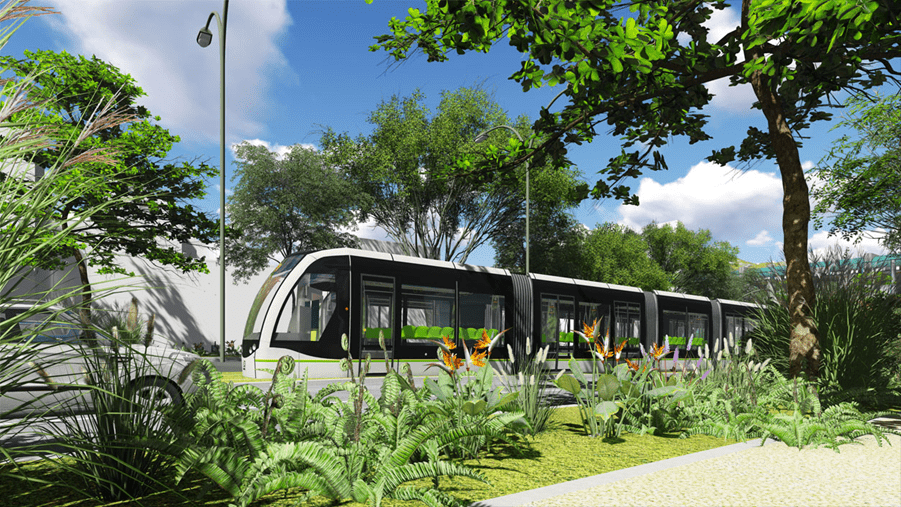 Metro de la 80 (80 Metro) is a strategic project for the City of Medellín whose main objective is to benefit approximately 30% of the inhabitants of the city (around 1 million citizens), through the expansion of transportation opportunities and, as a result, comply with the city’s resilience objectives for improved quality of life of its citizens.

80 Metro is currently under construction and the final result will include a 13.27 km long metro line, 20 trains, 17 stations and 3 road interchanges. It is estimated that each day it will carry 179,400 passengers (about 52 million per year). The project will have a direct impact on the communes of Castilla, Robledo, Laureles, La América, San Javier, Guayabal and Belén and will benefit the city by reducing CO2 emissions, improving air quality while decreasing accidents and congestion on the existing Metro System. All of the above results in land optimization and self-sufficiency. 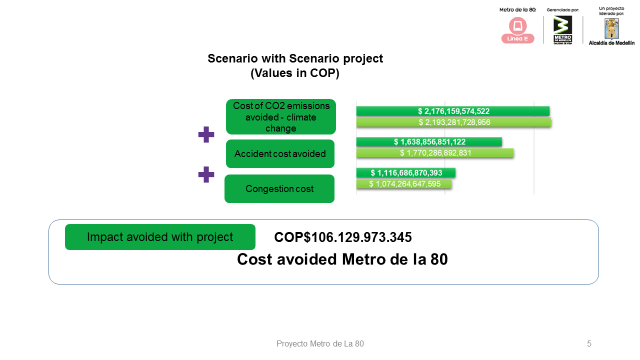 The 80 Metro project takes into account the urban needs of the different neighborhoods it crosses. For instance, the urban design of the project incorporates the architectural style of each neighborhood, to ensure the design fits well within the existing skyline. Furthermore, the project will include a platform on grass along 75 % of its structure. This generates an additional benefit to the neighborhoods through improvements to urban drainage, elimination of heat islands, ecosystem services, among other benefits.

The selection of the technology was made through 2 contracts with ALG-TMB consultants in 2009 and SYSTRA in 2016. Both consultants reached the conclusion that the best technology was light rail. The trains meet the international standard of being 2.65 meters wide, and 3.5 meters high with multi-directional cabins at both ends. The electrical supply is 750 volts direct current, a speed of 70 km per hour and capacity for 300 passengers per cabin.

Additionally, the project has deployed an ambitious social management plan. The play aspires to achieve a comprehensive intervention based on citizen participation, mitigation of impacts, and mainstreaming communications in order to enhance the social capital, joint responsibility and sustainability of the project. The social component plays an important role during the execution of the infrastructure plan, which starts from an analysis of the social impacts generated and the subsequent design of the processes, prevention, mitigation and compensation.

The 80 Metro project is planned as a system that favors the air quality of the corridor in such a way that it helps to mitigate the emissions that are generated by mobility, allowing the reduction of pollutants that directly affect the health of its inhabitants. It is intended to reduce the accident rate since the system is an exclusive lane, the speed reduction will be favored, there will be pedestrian crossings and spaces for people and bicycles. In addition, it will contribute positively to the economy of the region thanks to the generation of employment and the promotion of urban economic development.

Mass public transport projects, in particular those configured through rail systems, are investment intensive, requiring large amounts of money for the construction and adaptation of roads, which in this case are not only for rail lines but also vehicular circulation. This implies buying houses, in addition to all the machinery and instruments necessary to put the system to work, including trains. Because the project will be governed by the Public Policy for the Protection of Residents and Productive Economic Activities, this will protect the capital and lifestyles of the people who developed the intervened territory.

The municipality of Medellin will provide 30% of the necessary funding, with the National Government providing 70% of the total. With the co-financing agreement, they have committed themselves to providing funding over the course of 15 years.

Based on the schedule, the project is about to begin the technical, legal, and financial structuring, which will allow the city to start banking operations by the end of the year. Additionally, the city is working on technical, social and communication structuring. It is estimated that by the beginning of 2022 the contracts for rolling stock, technologies, and civil works will be awarded. By the end of 2025, the operational tests are expected to begin, with final delivery of the metro being completed in 2027.

Article and images retrieved from https://resilientcitiesnetwork.org/urban_resiliences/metro-de-la-80/