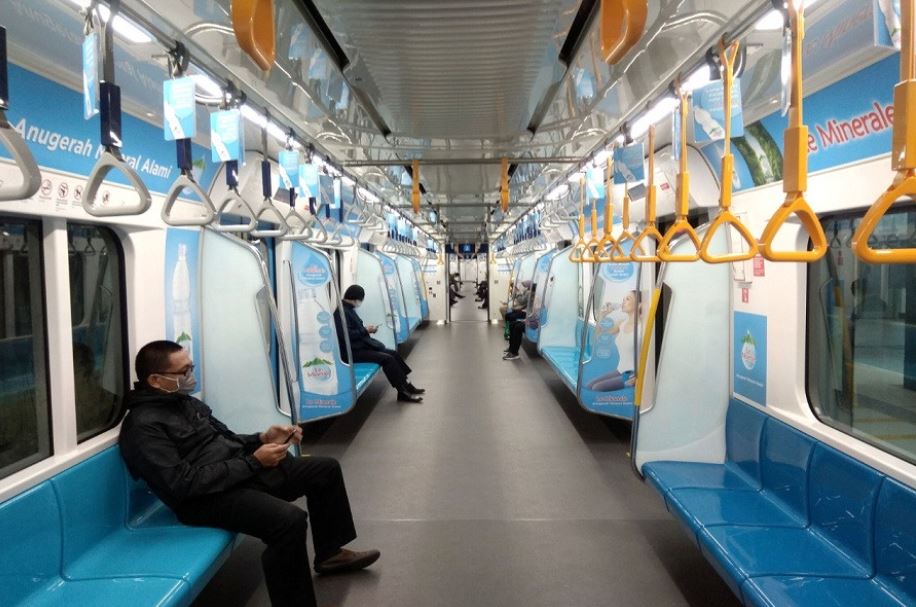 Opinion: Indonesia must chart a way to urban sustainability

Opinion: Indonesia must chart a way to urban sustainability

Even as Indonesia confronts the significant near-term challenges of the COVID-19 pandemic, Jakarta and other municipalities should also leverage the opportunity for reassessment and reinvention as part of longer time moves toward greater resilience.

Indonesia could well contribute to the conversation, if not lead the way, in rethinking sprawling urban infrastructure development. The ongoing health challenges faced by urban residents are not limited to insufficient healthcare facilities and other medical infrastructure constraints. Across the region, relentless urbanization has meant growing demands for water, power, and waste treatment.

Yet, the Asia-Pacific region has long suffered significant infrastructure financing deficits. In 2017, the Asian Development Bank projected an annual gap of US$459 billion from 2016-2020 for 25 developing member countries. Adding in the funding of social infrastructure such as health and education nearly doubles the gap to $907 billion.

Meaningful and measurable change is needed for Asia’s ongoing urbanization to prove sustainable—especially in the face of disruptions brought and inequalities made clearer by COVID-19. "Municipalities must foster more effective multi-sectoral conversations to generate responsive and inclusive urban infrastructure investments," says Lauren N. Sorkin, executive director of the Resilient Cities Network, pioneered by the Rockefeller Foundation. "This will help create more resilient cities, bringing together intellectual and financial capital to revitalize local economies ravaged by the pandemic."

One unfortunate side effect of the pandemic has been a severe strain placed on urban waste management systems. In one example, plastic waste, already a challenge, has spiked. This has been driven in part by consumers returning to single-use cutlery and plastic and other packaging due to health concerns and greater use of lockdown-induced food delivery services. Even before the pandemic, Jakarta generated up to 2,400 tons of plastic waste daily. That number has increased as Asia’s urban waste challenge has grown with increasing urbanization and limited to non-existent focus on the “3 Rs” of waste management: reduce, reuse and recycle. Indonesia has been one of the world’s largest plastic waste-producing countries over the last several years.

The pandemic, however, has also drawn attention to welcomed new approaches to business. This has included a greater embrace of telemedicine, e-commerce and working from home, all of which can certainly bring long-term benefits as cities reinvent themselves and reallocate resources. The continued exponential growth of urbanization across Asia also underscores that governments must not now forget the long-term need to build smarter, more resilient, and more sustainable cities.

Already and fortunately, municipal authorities around the world are emerging as drivers of holistic change. This has included via the C40, a network of megacities committed to addressing climate change as part of an ambitious agenda launched in 2020. Under the C40 Mayors' Agenda for a Green and Just Recovery, mayors of 96 global cities including Jakarta, Singapore, Tokyo, London, and New York are spearheading measures to create green jobs, protect mass transit, support essential workers, and give public spaces back to people and nature. Indonesia’s government and business leaders should take to heart three lessons from the C40.

First, a shift is needed away from long-held norms. Asia’s city leaders can help accelerate the move from linear economies, in which raw materials are turned into finished goods that are eventually dumped and replaced, to circular economies, which aim to redefine and eliminate waste and encourage constant use of resources to benefit businesses, society, and the environment. Prominent examples include waste-to-energy plants, which both provide energy to and help cities address the growing waste that is generated via increased consumerism. Innovations in the delivery of services and measuring environmental impact should additionally be explored. This is critical to achieving the United Nations’ Sustainable Development Goal 11: Sustainable Cities and Communities. Specific areas of focus include safe and affordable housing, environmental impact reduction, access to inclusive green spaces, and sustainable transport systems.

Second, Asia's government and business leaders must commit to a "greening" of their cities. And here, Indonesia can again help show the way. Of particular note, the number of green public open spaces in Jakarta is reportedly less than 20 percent. That is likely a key factor in the Central Jakarta municipality administration’s earlier announced plan to plant nearly 150,000 trees and plants along main roadsides to further aestheticize the city amid a shortage of land. Such green spaces for residents must be encouraged and maintained. COVID-19 has also highlighted the necessity of green spaces that are accessible and equitable for all residents. Amidst lockdowns and travel restrictions, urban residents will benefit from a rethinking of urban spaces. Public green space – often in short supply in many of Asia’s crowded cities – has been shown to improve mental health and well-being. While urban mass transit systems also have been touted as ways to go green, reduced public transport ridership due to the pandemic has created significant revenue shortfalls in many Asian cities. Reimagined, more resilient cities must include smarter, safer, and healthier transport and workplaces that address new concerns about social distancing and public spacing.

Adapting existing road infrastructure to be more bicycle-friendly and better integration of spaces for green transport into the urban landscape could certainly be a welcome consequence of the pandemic. Singapore, as an example, is exploring the possibility of converting underused road lanes to cycling and bus lanes and pedestrianizing certain roads. Likewise, Jakarta has sought to make itself more bicycle-friendly. Steps include the construction of the city’s first protected bicycle lane, and plans to nearly double the length of existing bike lanes. In addition, Jakarta was late last year named the winner of the 2021 Sustainable Transport Award by the Institution for Transportation and Development Policy for making strides in developing sustainable public transport facilities that connect the capital city and its satellite cities such as Bogor, Depok, and Bekasi. Currently developing and testing electric vehicle fleets for its bus rapid transit system Transjakarta – launched in 2004 – Jakarta’s government could achieve its ambitious goal of electrifying 10,000 of its public buses by 2030.

Third, Asia's urban leaders must learn from the successes and failures of past and ongoing efforts to shift to more sustainable economies. Intriguingly, several nations have already incorporated environmentally conscious measures into stimulus-related infrastructure measures. This includes Malaysia setting its hopes on large-scale solar energy as a major propeller of its post-pandemic recovery plans. The country has reportedly allocated $2.9 billion for rooftop solar panels and LED street lighting. And Indonesia unveiled a plan last year that includes a major project to install solar panels across thousands of rooftops, a plan that is expected to cost over $1 billion annually but one that will continue to help the country meet its climate reduction targets. Clear and measurable goals, as well as independent evaluations of the results of these and other initiatives, remain important to both accountability and to long-term learning. Ultimately, urban development must be redefined and reimagined to encompass healthier approaches if Asia's cities are to build back better. Our belief is that Indonesia can help show the way.

Photo: Following the government’s announcement of the first COVID-19 case in the country in early March 2020, the operator of Jakarta MRT imposed restrictions on passengers. (JP/Riand Alfiandy).