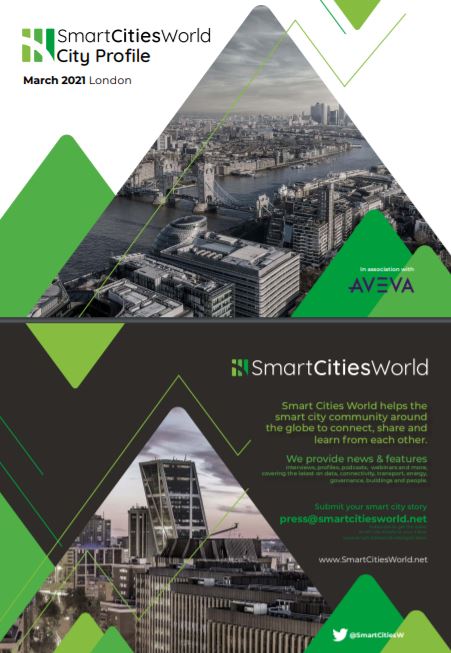 We explore London’s citywide digital transformation and smart city initiatives, including how it is treating data as importantly as its road, rail and energy networks.

Throughout the 20th and 21st centuries, London has earned a reputation as a global trendsetter. Culturally diverse and cosmopolitan, it is also seen as highly influential in a number of areas from science, research, and education through to culture, media, fashion, and architecture.

As a smart city, London is similarly seen as both a thought leader and pioneer. It launched the integrated transport Oyster smartcard back in 2003 and in the same year introduced a congestion charge. In 2010 it established an open data platform and brought in a pay-as-you-go bike scheme.

It’s no surprise then that the city consistently performs well in smart city and other rankings. It was top in the annual IESE Cities in Motion Index 2020 for the second consecutive year, with the report hailing its human capital, governance, urban planning, mobility and transport, and technology.

In 2021, London overtook New York as having the highest concentration of dollar millionaires in the world. It is ranked joint top alongside New York of the City Wealth Index by property company Knight Frank based on the three factors of wealth, investment, and lifestyle. There is, however, a great disparity when it comes to income and wealth in the UK capital.

This, along with the longer term impact of the UK’s decision to leave the European Union (EU) and the country’s poor performance in the Covid-19 pandemic are among the complex set of challenges it faces if London is to remain one of the world’s most influential and enviable cities.

Among the highlights in this report:

Download the attached PDF to read the full 22-page report