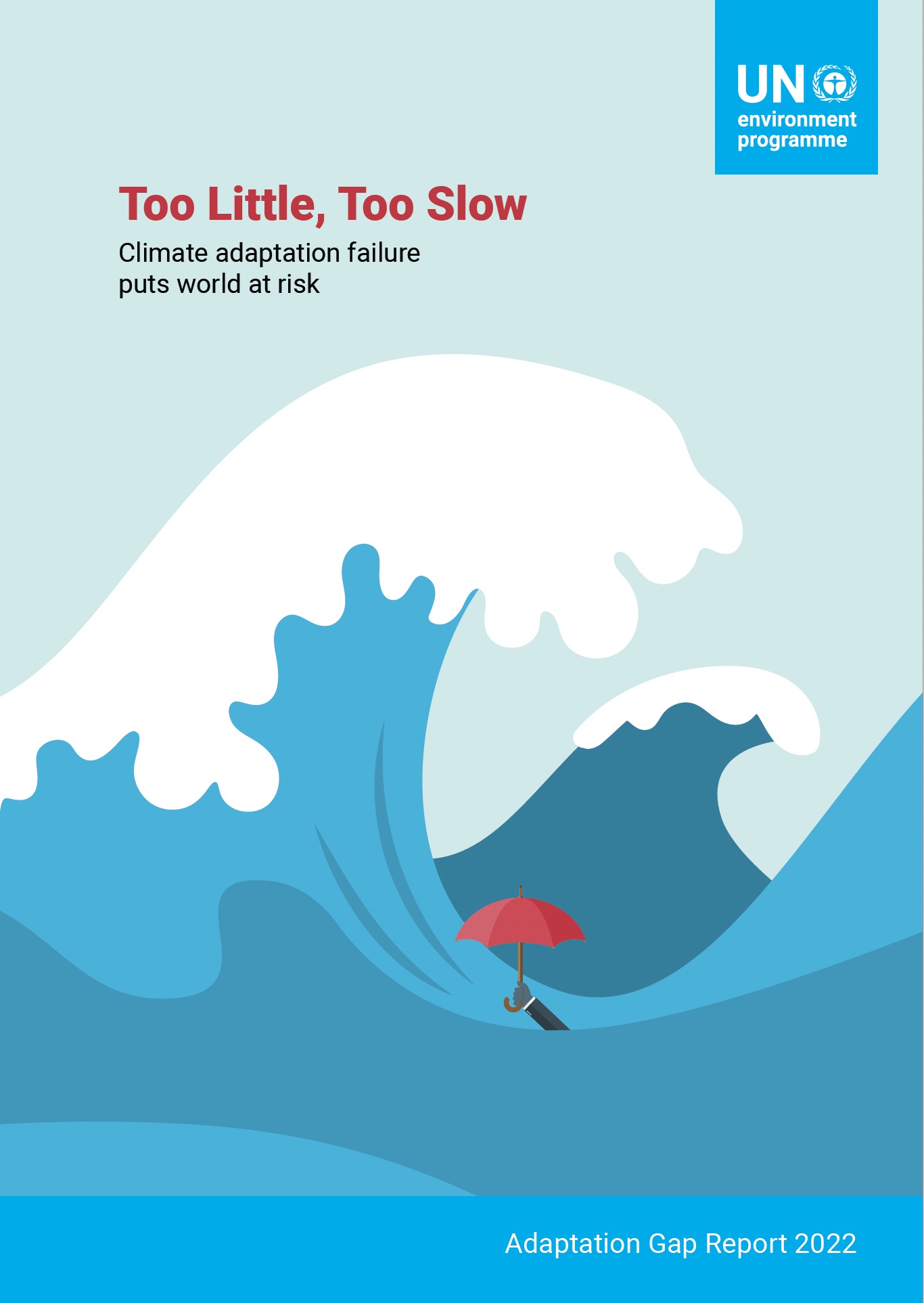 Climate change is landing blow after blow upon humanity and the planet, an onslaught that will only intensify in the coming years even if the world begins to bring down greenhouse gas emissions. UNEP’s Adaptation Gap Report 2022: Too Little, Too Slow – Climate adaptation failure puts world at risk finds that the world must urgently increase efforts to adapt to these impacts of climate change.

What’s new in this year’s report?

The report looks at progress in planning, financing and implementing adaptation actions. At least 84 per cent of Parties to the UN Framework Convention on Climate Change (UNFCCC) have established adaptation plans, strategies, laws and policies – up 5 per cent from the previous year. The instruments are getting better at prioritizing disadvantaged groups, such as Indigenous peoples.

However, financing to turn these plans and strategies into action isn’t following. International adaptation finance flows to developing countries are 5-10 times below estimated needs and the gap is widening. Estimated annual adaptation needs are USD 160-340 billion by 2030 and USD 315-565 billion by 2050.

The report looks at the benefits of prioritizing actions that both reduce greenhouse gas emissions and help communities adapt, such as nature-based solutions, and calls for countries to step up funding and implementation of adaptation actions. Additionally, the report discusses adaptation effectiveness and looks at adaptation-mitigation linkages and co-benefits.