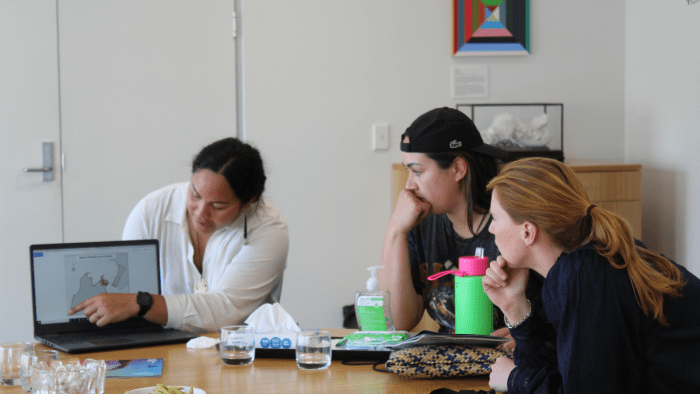 Virtual realities: How cities are moving into the metaverse and beyond

Virtual realities: How cities are moving into the metaverse and beyond

Originally published on 18 May 2022 by Bloomberg Cities Network

To build programs and services that work, city leaders know they must engage residents to understand their perspectives. Soon, they may need to engage residents’ avatars, as well.

The “metaverse” is on its way to being a $800-billion industry by 2024, with tech giants like Facebook and Microsoft making big bets that more people will want to spend more time in virtual environments that exist only online.

Now, local leaders are charging into this frontier as well, in search of use cases that go beyond gaming and fantasy. A growing number of cities are testing ways that immersive experiences via the metaverse, virtual reality, and simulated cities known as “digital twins” can engage residents in new ways. What the pioneers are finding is that virtual worlds can have very real-world implications for how they lead their cities, solve problems, and serve residents.

As the National League of Cities explained in a recent report: “Because the metaverse is still being defined, there are endless possibilities as to how it may benefit cities…. As the technology evolves, city leaders have an exciting opportunity to play a part in how the metaverse comes to be.”

The metaverse is an immersive virtual world, where people can interact with each other via digital representations of themselves known as avatars. In Metaverse Seoul, avatars will be able to get tax counseling, request public documents, or secure business permits. Accessing city services this way won’t appeal to everybody, of course. But city leaders hope that young people—normally a hard demographic to reach—will find it an appealing front door to services such as career counseling. 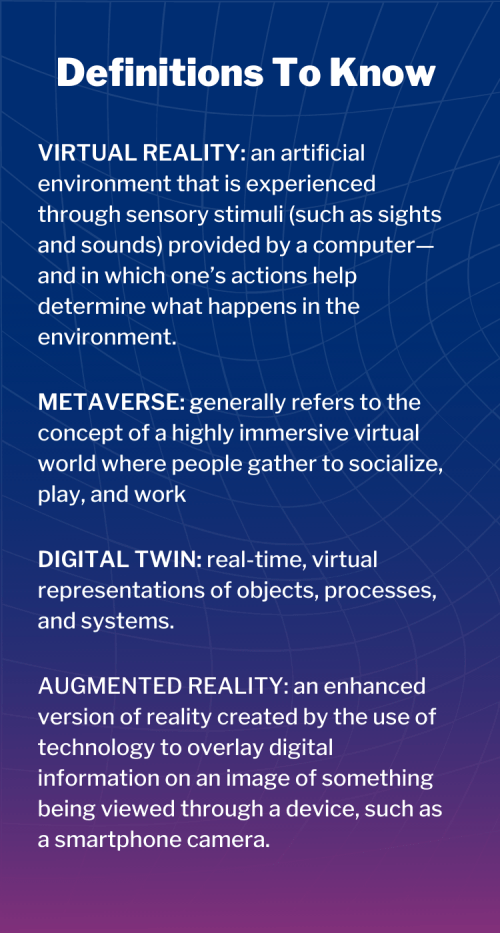 “Sometimes young people are hesitant to go talk to the counselor due to social pressures and physical distances,” explains Youngmi Lee, head of the Metaverse team in the Seoul Metropolitan Government. “But young people can easily go into the metaverse platform and talk to an avatar, who is a professional, to get proper advice.”

Metaverse Seoul is being built by a public-private partnership consisting of more than 700 metaverse-related companies, South Korea’s central government, and local governments across the country, who also will gain access to the technology. Seoul plans to open its metaverse platform to the public by October and has a four-year roll out plan.

As they build it, city leaders are co-designing the platform with residents by allowing them to vote on features they want to see in the metaverse. Seoul piloted the platform recently during a New Year’s Eve celebration, where in-person participation was limited due to COVID-19 restrictions. About 1,600 avatars participated in various cultural activities, including 300 who rang in the new year in a metaverse version of a traditional bell-ringing ceremony.

While the Seoul team was pleased with the results of the pilot, the experience got them thinking about the rules of engagement between residents on the platform. Online bullying and bad behavior has been a problem in some metaverse gaming applications; Seoul doesn’t want to see similar problems arise. “Before we fully open our platform to the public,” Lee says, “we are going to establish the user guidelines about how to behave and respect others in the platform.”

Lee also is thinking about how to make the platform user-friendly for all residents. “One of the other things that we realized was that a metaverse as a platform could be hard to use by socially vulnerable people and people with disabilities,” Lee says. “Along with developing the metaverse services, we are also going to invest in providing digital-equity programs such as providing digital education, targeting the elderly, and providing smartphones to marginalized groups. And within the metaverse platform, there is going to be a space for citizens to teach themselves and each other how to use the metaverse.”

As local leaders ponder this future, another big opportunity area is in engaging people who don’t normally show up at council hearings or read planning documents. It’s not only possible that cities could get more residents involved in decision making this way, but technology may also enable residents to provide more valuable feedback.

That’s what city leaders in New Rochelle, N.Y., have in mind as they integrate virtual reality into the pre-development public engagement process. They’re focused on a problem that almost every city faces: When city leaders or developers propose new construction, residents find it difficult to visualize what changes in their communities will look like based on drawings. As a result, their feedback is less effective than it could be.

“A lot of folks have some trouble understanding via the traditional tools what is going to happen in a redevelopment project", says Adam Salgado, commissioner of development for New Rochelle. “They understand conceptually what you show them, but it's another thing to understand what the space is going to feel like, how it's going to function, and how they're going to interact with it.”

An early use case is the city’s plans to transform a six-lane highway into a network of “complete streets” and create a linear park similar to New York City’s High Line. To solicit feedback, city leaders have gone out to public events such as the city’s jazz fest, Black History Month activities, and the annual Christmas tree lighting ceremony, and given residents the chance to wear a virtual-reality headset that makes them feel like they are standing in the middle of the redesigned space. About 250 residents have participated—offering specific feedback about how the highway transformation can make space for live events and cultural activations, while continuing to accommodate some amount of vehicular traffic.

Salgado is encouraged by the texture of the feedback residents are offering through these interactions. In most cases, residents at the kiosks are learning about the highway transformation project for the very first time. Salgado sees that as a plus: It means that a wider circle of residents are offering feedback than the regulars who normally show up at public hearings. “We’re capturing the younger set of eyes and opinions,” he says. “It’s been great for us to get that energy.”

Getting there will require that the city first ensure that the tool is available to all residents—including those in coastal areas and Wellington’s indigenous populations—and to entities that invest in infrastructure. Part of that process, Hamilton says, is making an easy-to-use interface and coming up with ways that people without Internet access can still use the tool.

Another critical component that city leaders are still designing is how they can use the tool to spark two-way conversations with residents. One idea they’re exploring is enabling and enlisting residents to contribute data to the platform, such as observations from extreme weather events in their communities.

“The engagement functionality will enable Wellington City Council to co-create our climate response with the city’s communities, including our indigenous people,” says Project Manager Pax Austin. “This could be through exchanging information and ideas or providing feedback on climate adaptation options. It’s envisaged the tool will enable residents to interact on their own devices in their own time, but could also be used in face-to-face group engagements such as community meetings led by different groups, residents, or the council.”

Virtual-world efforts like those in Wellington, New Rochelle, and Seoul actually "can make it easier for citizens to have a grasp on reality," explains Bruno Ávila Eça de Matos, who, as head of the Bloomberg Philanthropies-funded digital i-team in Amsterdam, is employing a digital-twin model to engage residents in affordable-housing solutions.  And that, Ávila adds, can result in a very real-world dividend—a more-informed citizenry—that avatars everywhere can someday take to the bank.