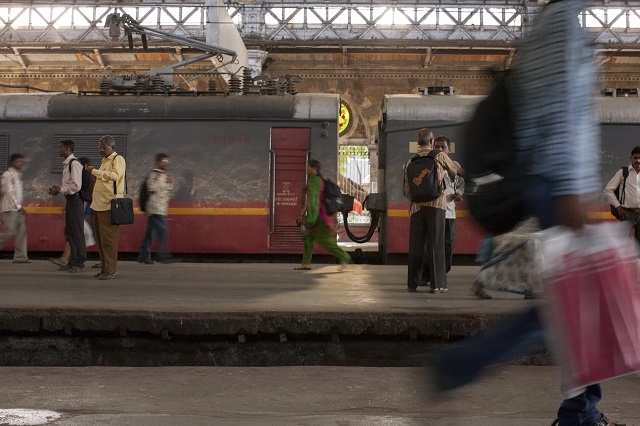 World Resources Institute (WRI) Ross Center for Sustainable Cities
2 September 2020 - While announcing a stimulus package of INR 20 lakh crore ($260 billion) in his address to the nation on May 12, India’s Prime Minister Narendra Modi urged citizens to make use of the opportunity provided by the COVID-19 pandemic to attract investments and manufacturing jobs. Given that cities will likely be the predominant focus of these investments when they come, there is an urgent need to equip them with reimagined strategies and plans to enable their economies to flourish.

Article 243W of the Indian Constitution states that cities, or Urban Local Bodies, are responsible for planning for economic and social development. Although several aspects of economic development in cities depend on the policies and programs of state governments, cities nonetheless can help create an enabling environment that promotes vibrancy and innovation to facilitate economic growth.

To that end, a large part of the recent policy changes towards Atma-nirbhar Bharat (“self-reliance”) can be realized by reorienting cities from being mostly consumption centers to production hubs by building manufacturing capabilities for goods and consumables at scale. This, in turn, will require formulation of spatial economic development plans that position cities for global competitiveness and promote sustainable and viable development of city “clusters” to accommodate growth and attract investments. The success of city clusters will entail four main considerations:

Cities, as Alain Bertaud argues, are essentially large pools of labor. Innovation and productivity thrive in cities based on the size of their labor markets and as long as the markets remain integrated. Having recognized the importance of integrated markets, many cities across the world have developed functional city regions through efficient and rapid regional transport systems. The transport network is designed such that most parts of these regions can be accessed within 90-120 minutes of travel in public transit. As a result, economic clusters in most of these cities go beyond the constructs of administrative boundaries.

The Greater Copenhagen Region is one such cross-border zone that facilitates access to a multiplicity of specializations across borders. While most of the jobs in the region are available on the Danish side, affordable housing is located on the Swedish side. Inter-regional collaboration on the Oresund Metro strategic project has led to further expansion in the catchment area, which helps provide access to 1.3 million jobs within 60 minutes of travel time.

China went a step further with plans to connect 80% of its cities in the Greater Pearl River Delta Region through provincial and federal government partnerships with high-speed rail to facilitate access to labor and better logistics.

Current transport networks available in large Indian cities are woefully inadequate for integrating the labor markets created by new growth clusters across metropolitan regions. There is a need to invest heavily in transport infrastructure that allows for efficient and frictionless movement of labor and goods across metropolitan regions, on par with other global cities.

Gerald A. Carlino and Albert Saiz posit that beautiful cities not only tend to attract a highly educated workforce but also experience faster appreciation in housing prices. Greater availability of a variety of social and cultural amenities such as parks, historic places and museums is crucial for attracting and retaining highly skilled labor in the city.

After the financial crisis in the 1990s, a few Asian cities like Seoul completely changed their approach towards urban planning and development. The city prioritized restoring historic, cultural and natural environments through revitalization of public places, notably the Cheonggyecheon stream restoration. This not only led to greater economic development of the surrounding areas but also boosted Seoul’s image around the world as a city committed to sustainable development.

In India, townships like those in Jamshedpur and Rajarhat have been heavily investing in socio-cultural infrastructure, including affordable housing, to attract and retain jobs and talent. But more often local development priorities tend to favor building hard infrastructure over social and cultural amenities. Indian cities must invest in the development of inclusive neighborhoods, with access to amenities for all, if they are to attract and retain valuable formal and informal workers.

It is widely argued that government-driven approaches to promote innovation through city clusters and industrial districts hasn’t really worked. However, city governments have a key role to play in fostering innovation and competition by enabling partnerships, removing regulatory barriers and providing flexibility so that cost of doing business is reduced and unhindered experimentation can take place. Austin, Texas, is a prime example of how a collaborative tech culture combined with affordability, tolerance, economic complexity and good quality of life can make a city desirable.

Cities such as Seoul have experimented with urban design guidelines by converting certain areas into living labs or testbeds for piloting cutting-edge green technology and urban restoration.

In the recent past, Hyderabad liberalized land use regulations, such as those around floor area ratio, to let markets decide the density and diversity of neighborhoods instead of focusing on investing in physical infrastructure. Other cities can follow these leads to promote innovation by relaxing zoning and business regulations in certain areas, incentivizing micro, small and medium enterprises, and brokering partnerships between industry, academia, R&D institutes and financiers that not only improve the viability of such areas but also help in the development of skilled and employable labor.

According to the Organisation for Economic Co-operation and Development, urban areas account for two-thirds of global energy demand and produce 80% of greenhouse gas emissions and 50% of global wastewater. With climate change and urbanization patterns significantly affecting production value chains, there is a need to move away from resource-intensive production and consumption patterns. It is imperative to explore circular economy solutions that can strengthen the regenerative capacity of nature and lead to more equitable access to resources.

Cities such as Copenhagen are actively pursuing circular economy projects at city and neighborhood scales. The city has also invested in cycling infrastructure, incentivizing the move towards clean transport.

Indian cities are well positioned to actively pursue initiatives to influence consumption patterns of households and firms, especially in water, energy, transport and waste. Through procurement process reforms, combined with environmentally friendly policies and regulations, cities can put in practice the principles of reduce, reuse and recycle to expand urban infrastructure and become more resource secure.

In order to return to a better normal – one where the economy and environment don’t just co-exist but thrive together, and public health is not compromised due to either imperative – we will need to ensure policies and practices that manifest compact, connected and clean cities. Sterile urban planning will need to reorient towards a more dynamic and adaptive process, through which urban economic strategy evolves and moves forward. A reinvigorated approach through incorporation of economic development strategies into planning processes is crucial to create a sustainable urban paradigm in India.

This article was originally published on News18.