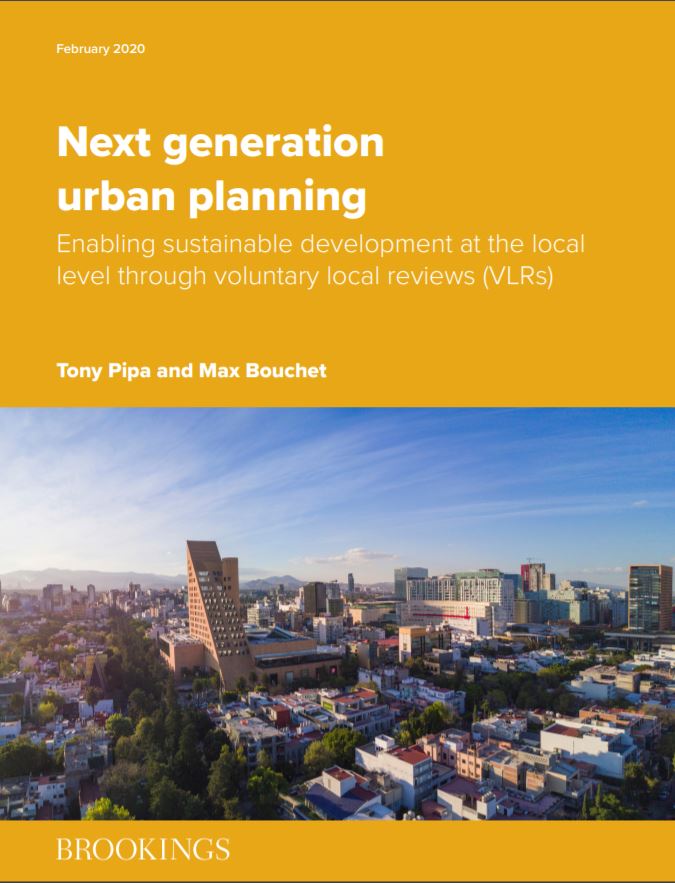 17 Feb 2020 - City leadership on sustainable development is exhibited in the widening adoption of an innovation called the Voluntary Local Review (VLR). A VLR is a process in which local governments confirm their commitment to the SDGs and voluntarily assess their progress toward specific targets in the 2030 Agenda. Pioneered in 2018 by New York City, this review takes its inspiration from Voluntary National Reviews (VNRs), the process through which countries report on their sustainable development progress at the U.N. as part of the official follow-up and review process. A VLR enables a city to present a holistic and coherent portrait of its social, economic, and environmental progress, offering a powerful storytelling tool that connects its local strategy to a global agenda. Given the SDGs’ focus on measurement toward specific outcomes, a VLR can also be a tool for strengthening evidence-based policymaking, using data as a means to identify gaps and mobilize new policy, partnerships, and resources. The common frame of reference for the SDGs enables learning and exchange with counterpart cities across the world.

The VLR movement is nascent but gaining momentum. VLRs do not have official status as part of formal SDG follow-up and review processes hosted by the U.N. There is no specific template or official format. Most cities undertake a VLR based on its intrinsic value. The flexibility of the format allows cities to base a VLR on its own capacities, contexts, and level of development and resources.

In this initial stage, the movement has made greater inroads in North and South America, Europe, and Asia. No African city has yet produced a VLR, though several have made commitments to do so. Twenty-two cities have signed onto a declaration promoted by New York City that commits to doing a VLR.

As the VLR movement gains attention, this report explores the promise of the Voluntary Local Review as an urban planning tool for advancing sustainable development. It presents a city-specific perspective, one informed by the experiences and viewpoints of cities that have completed or started a VLR (especially those participating in the Brookings SDG Leadership Cities Network) and augmented by a Brookings analysis of seven first-generation reviews. The report also proposes innovations that might be valuable for the next generation of VLRs, and raises issues for consideration in scaling the use of the VLR.

0
No votes yet
Next generation urban planning: Enabling sustainable development at the local level through voluntary local reviews (VLRs)
SDGs:

Goal 10: Reduce inequality within and among countries