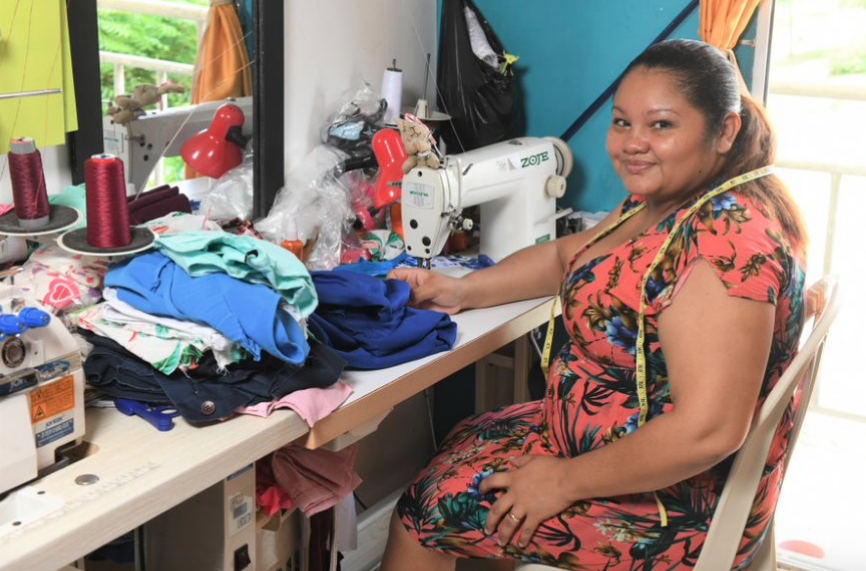 QUIPU MARKET: A PLATFORM FOR MICRO-ENTERPRISES

Best known as The Golden Gate of Colombia, Barranquilla is a lively port city that combines a rich history and culture with robust infrastructurefor economic development. The city is also home to microentrepreneurs living in low-income neighbourhoods and informal settlements with nourban space to conduct commerce. These microentrepreneurs are part of the 55% of people in Barranquilla employed in the informal economy.Lack of access to information, funding and cashflow are amongst the many challenges that microentrepreneurs in marginalised communitiesface when growing their businesses.

Quipu Market is a web-based and mobile platform that enables sellers to advertise their products and services, take orders and buy and sell fromother users. This digital marketplace centres on supporting microentrepreneurs living in informal settlements, where strong community networksare already part of the local market dynamics. The platform encourages cashless transactions by setting up a payment system through localtokens that work as virtual currency, allowing commerce to take place in tokens, cash or a combination of both. By utilising the tokens system,people can buy and sell within their neighbourhoods while saving cash for commercial transactions outside their communities. The data onspending and selling patterns collected on the app can then be leveraged to access microcredits and loans. Users can also accumulate points toreceive vouchers for market purchases and offers on public transport cards, construction materials and entrepreneurship workshops.

Quipu Market was created in 2018 by a team of young entrepreneurs at MIT looking to address the challenges of informal work in Latin America.The project was part of an accelerator for new venture innovations and received initial funding from MIT Sandbox Innovation Fund. Villas de SanPablo, a neighbourhood of over 8000 inhabitants on the outskirts of Barranquilla, was chosen as the first community to pilot the initiative. Theteam worked with 40 local microbusinesses to collect and analyse data on local market patterns and co-design the platform, making sure thatthe community participated in the project. Noticing increasing smartphone penetration rates in their pilot market – standing at 65% in the pilotcommunity and 70% nationwide – Quipu Market was designed as a mobile application, but a website was also enabled to make up for gaps insmartphone use. Before the official launch, the team conducted a soft launch with a sample group to observe how users interacted with theplatform in real-time. One week after the official launch in Villas de San Pablo the platform already had 200 users. The app is currently active inthree neighbourhoods in Barranquilla, and is in the process of expanding into other Colombian communities and Latin American countries.

The platform currently has 3000 users in neighbourhoods in the Metropolitan Areas of Barranquilla and Medellin, and it plans to continueexpanding. Since it launched during COVID-19, the initiative has had a substantial impact on helping microbusinesses stay open during thepandemic and on the economic recovery of cities, especially in marginalised informal settlements. Quipu Market is also working with publicservice companies to integrate them into the platform.