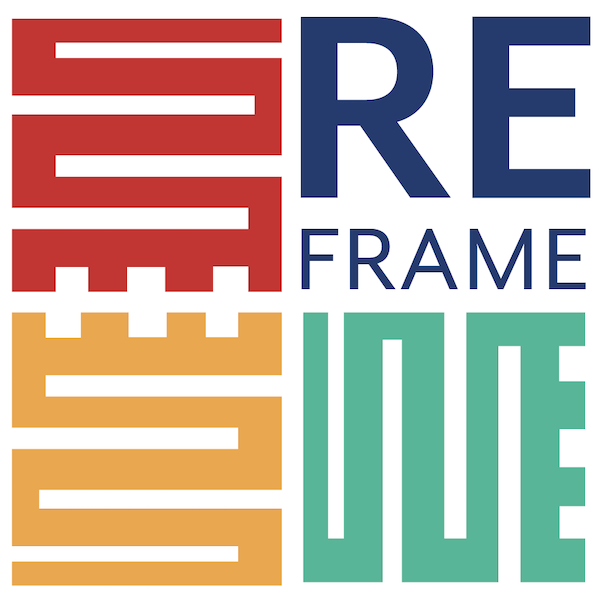 African Centre for Cities and partners present the REFRAME platform to promote informed debate and proposition on how best we can programmatically advance sustainable and inclusive African cities. This propositional conversation series seeks to set an agenda and provide a set of coordinates for multilateral partners, knowledge institutions, social movements, governments, networks and concerned business to gravitate around. The intention is to equip all stakeholders to influence policy formulation processes at a pan-African scale, between Africa and Europe, US and Asia, at national and local levels. It seeks to make plain the urban conditions it will take to achieve the lofty and urgent goals of Agenda 2063, the SDGs and the Paris Climate Agreement.

SPEAKERS
Michael Uwemedimo | Co-founder and Director, Collanorative Media Advocay Platform (CMAP), Port Harcourt, Nigeria
Based in Port Harcourt, Nigeria, Uwemedimo is co-founder and director of CMAP and Senior Visiting Research Fellow at King’s College London. As a founding member of the filmmaking collaboration, Vision Machine, and a producer of the Academy Awardnominated, BAFTA-winning documentary, The Act of Killing, he has been developing innovative approaches to documentary practice as a means of enabling critical reflection on histories of political violence and challenges to official impunity. As project director of the Human City Project, a community-driven media, architecture, planning and human rights initiative in Nigeria, he is exploring design processes through which violently marginalised urban communities might gain a greater measure of control over their representation and the shaping of their cities. He has curated major programmes at the National Film Theatre, Tate Modern, Architecture Association and Institute for Contemporary Art, London; sat on international film festival juries; and presented his research and work internationally.

Joy Mboya | Executive Director, GoDown Arts Foundation, Nairobi, Kenya
Mboya, the executive director of the GoDown Arts Centre, the leading nonprofit multidisciplinary arts facility in Nairobi, Kenya. She is a performer and cultural activist. Educated as an architect, she has led the Centre’s development as a site for artistic experimentation, cross-sector partnerships and creative collaboration. An outspoken advocate for artists, she has spearheaded a variety of ambitious programs, including Kenya Burning (2008) and the Nairobi-wide festival Nai Ni Who, and developed programs showcasing artists’ work within the Centre’s facility and around the city. Mboya has served on the Governing Council of the Kenya Cultural Centre, which oversees the Kenya National Theatre, she was a member of the Steering Committee for the ARTerial Network, a pan-African consortium for the cultural sector, and is currently trustee of Gaara Dance Foundation. Her work has been recognised by several awards: she received the Head of State Commendation Medal for her contributions to the development of Kenya’s creative economy in 2009, and was awarded the Order of the Golden Warrior State Commendation in 2013 for her outstanding leadership in the field.

Mandisa Dyantyi | Director, Social Justice Coalition, Cape Town, South Africa
Mandisa Dyantyi is the Director of the Social Justice Coalition – a membership-based social movement made up of 17 branches across Khayelitsha, Kraaifontein, Crossroads, and Gugulethu in Cape Town. Dyantyi previously held the position of Deputy General Secretary and has been working in the social justice space for the past nine years. She’s worked for organisations such as the Open Society Foundation, The Catholic Parliamentary Liaison Office and the Economic Justice Network. Dyantyi holds a Master’s in Political Studies from the University of the Western Cape. She has interests social justice and political education. She is passionate about fighting inequality in all its forms especially racial and gender inequalities and rights of women and Gender Non Conforming people.

Gaétan Siew | Chairman, Port Louis Development Initiative, Mauritius | Special Envoy of Republic of Mauritius to UN-Habitat
Past President of the International Union of Architects, and Past Secretary General of the African Union of Architects. Gaetan Siew is an avid world traveller, experiencing over 500 cities across 105 countries including most of Africa. For his contributions to the Architectural and Urban world, he was awarded several honorary membership and fellowships, and elevated to the rank of Grand Officer of the Order of the Star and Key of the Indian Ocean by the Government of Mauritius, and elevated to the ranks of Chevalier de l’Ordre National du Mérite, and de l’Ordre des Arts et des Lettres by the French Republic

Past Board Director of Futures Cities UK since July 2013, Past Chairperson of State Land Development Company (Smart Mauritius), Past Chairman of Construction Industry Board, and current chairperson of the Port Louis Development Initiative and Special Envoy for UN Habitat, Siew advocates for sustainable approaches towards urbanism aimed to socially and economically regenerate urban fabrics.