City life can be deeply unfair. This was true before the coronavirus pandemic exposed just how differently the rich and poor are able to cope with lockdowns, from the ability to work from home to access to green space. The pandemic's devastating impacts on vulnerable groups have only widened existing fault lines tied to income, race and postal codes. 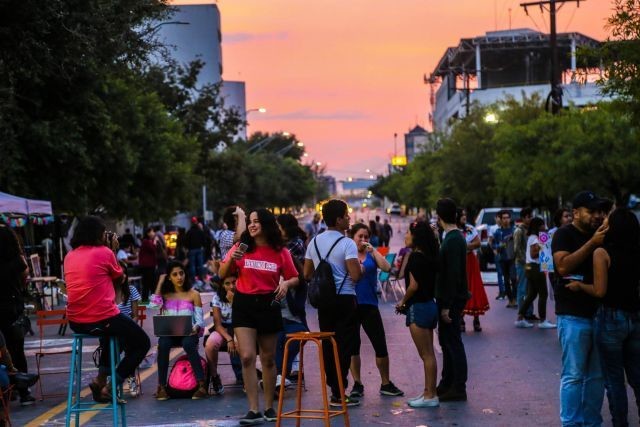 The DistritoTec project is drawing people back to a safer and livable inner city.

Cities face much longer-term trends underlying vulnerability for hundreds of millions of people. Even as poverty has declined globally, the share of poor people living in urban areas is rising worldwide. Meanwhile, cities are more likely to experience flooding and extreme heat than in years past, and the poorest residents are hardest hit by these events. Increasingly, cities need solutions that address both climate change and inequality together.

The good news is that cities remain creative dynamos, constantly innovating and changing. Below are five big ideas for how to reduce urban inequality and respond to climate change at the same time. Chosen from more than 260 submissions, these projects are the finalists for the 2020-2021 WRI Ross Center Prize for Cities. 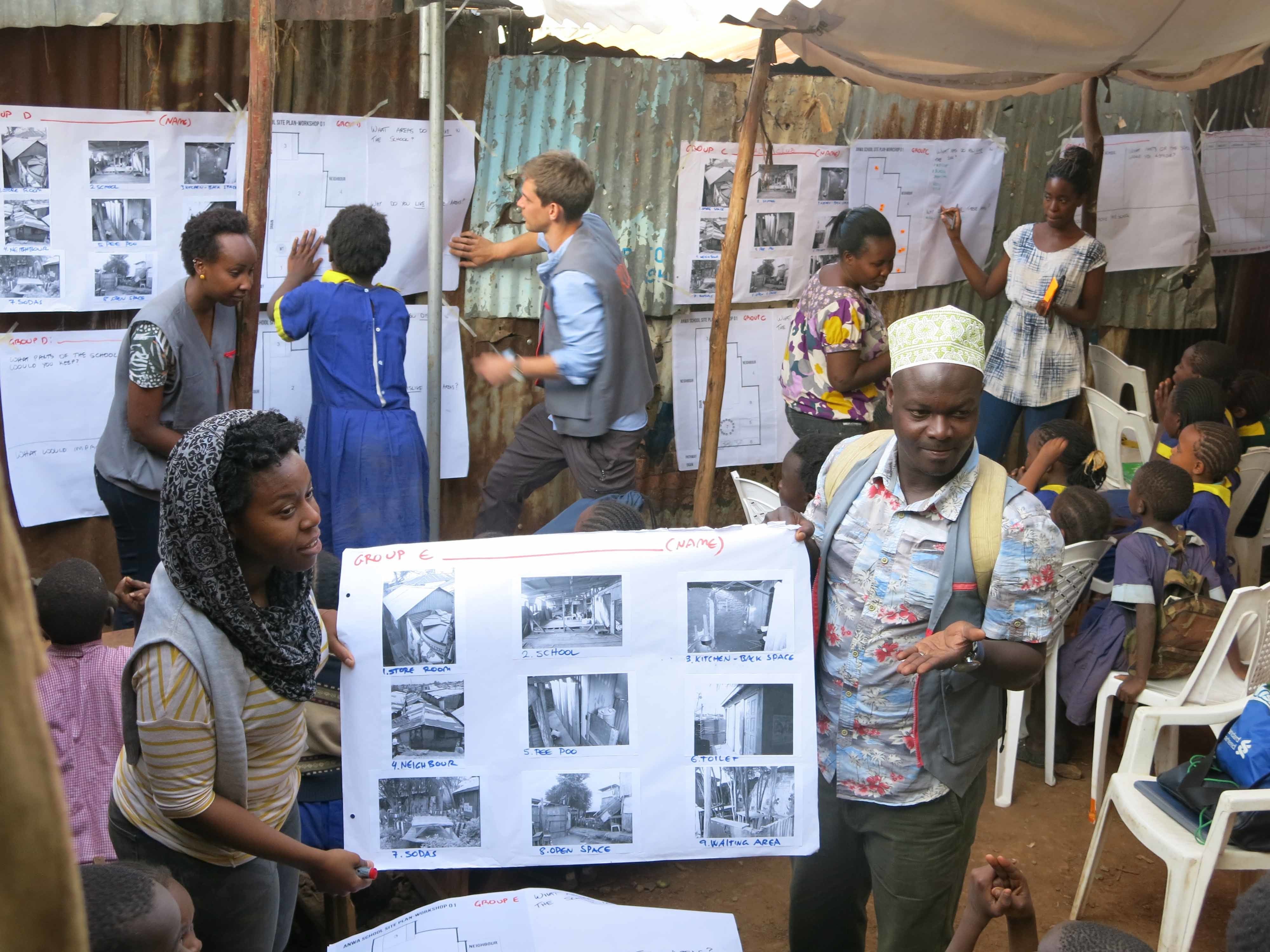 A workshop educating children is taking place in Kibera, Nairobi.

Kibera, the largest slum in Nairobi, is perched precariously alongside the Ngong River. Home to more than 300,000 people, this informal settlement is plagued by poor drainage and sanitation, precarious housing and limited public space. Few city services reach the neighborhood. As climate change has brought larger storms and heavier rains, Kibera's residents are among the hardest hit in Nairobi — facing flooding, sewage overflows and mudslides. Up to 40% of homes in the neighborhood regularly experience flooding.

In 2006, the nonprofit Kounkuey Design Initiative launched in Kibera with an approach to improving drainage and sanitation that relies on participatory, step-by-step upgrades of existing infrastructure. Working with community-based organizations, the initiative created a network of public spaces where both built and natural infrastructure, including areas of restored riverbank, help protect the community from floods and reduce pollution across Nairobi's watershed.

Co-created and managed by local residents, Kounkuey Design Initiative's 11 public spaces provide the community with more than just flood controls. They are also places to play, learn and earn a living. The projects build a sense of ownership and pride within the community — and they work, showing it's possible to give all city residents safe, accessible and climate-resilient public spaces. 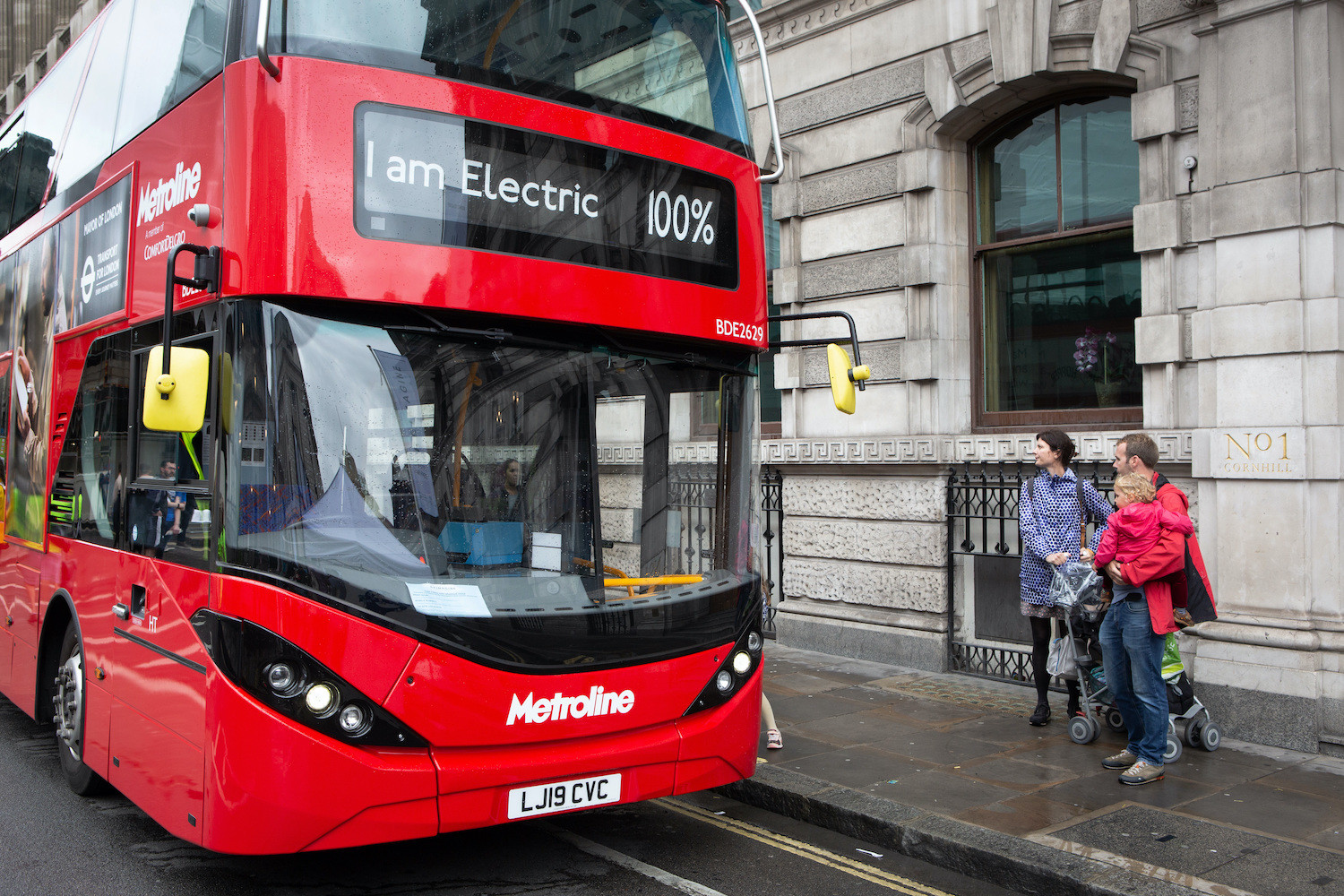 The new policy has led to 44,000 fewer polluting vehicles in the city every day.

In the UK's capital, air pollution — much of it from car traffic — is a problem of both climate change and social justice. Low-income and historically marginalized Londoners are most likely to breathe polluted air, yet least likely to own cars. While over 95% of residents are exposed to illegal and unsafe air pollution, children, immigrants and people of color experience air pollution that is 16% worse on average.

Efforts to combat air pollution go back to 2003, when London introduced its congestion charge, a fee applied to all vehicles driven within the city center. In 2019 the mayor's office took this policy a step further by implementing the world's first Ultra Low Emission Zone. Now, in 21 square kilometers (8 square miles) of central London, all drivers must abide by strict vehicle emissions standards or pay a fee. Revenue from the fee is then reinvested into the city's public transport system.

The policy has led to 44,000 fewer polluting vehicles in the city every day, and a 44% reduction in roadside nitrogen dioxide (a gas that is harmful to human health) in the first 10 months. Fewer cars also means fewer greenhouse gas emissions contributing to climate change.

The Ultra Low Emission Zone doesn't work alone; it complements a package of efforts, from investments in electric buses to low-emission school zones, aimed at aggressively reducing air pollutants across the city. A targeted approach prioritizes marginalized communities with the worst air quality. The Ultra Low Emission Zone is set to cover 18 times more area by the end of 2021, to encompass London's outlying areas as well. 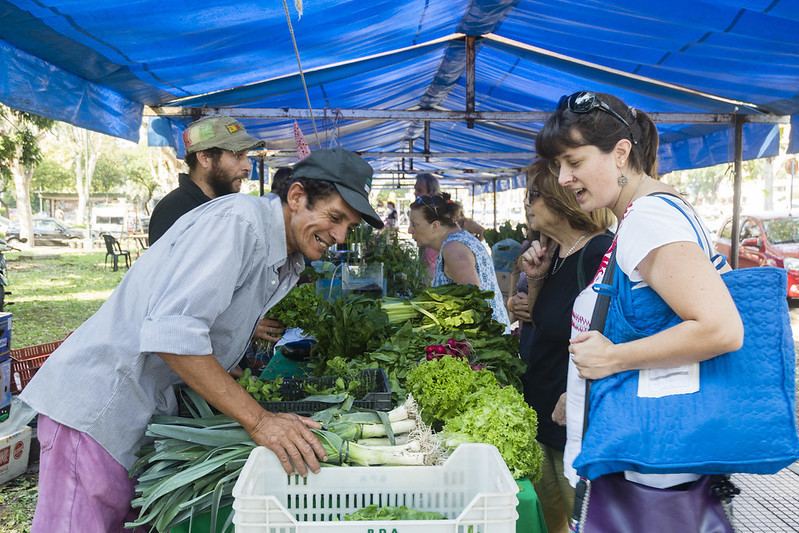 The city of Rosario is already tackling rising temperatures and precipitation due to climate change. These changes are happening amid a lingering legacy of urban inequality from Argentina's 2001 economic crisis, which left over one-quarter of Rosario's residents unemployed. When the city began its strategic climate planning in 2014, officials sought to reorient the strengths of existing initiatives toward increased climate resilience, starting with the city's flagship urban agriculture program.

Rosario's urban agriculture program gives low-income residents ownership of unused public land to cultivate for food. Over 75 hectares of land have been converted into gardens for fruits and vegetables that are sold across seven local farmers markets. This conversion of land is providing new income to poorer residents. It also helps the city increase resilience to floods and combat the urban heat island effect. The gardens' soil absorbs water during heavy rain, alleviating pressure on weak drainage systems and naturally cooling the air. 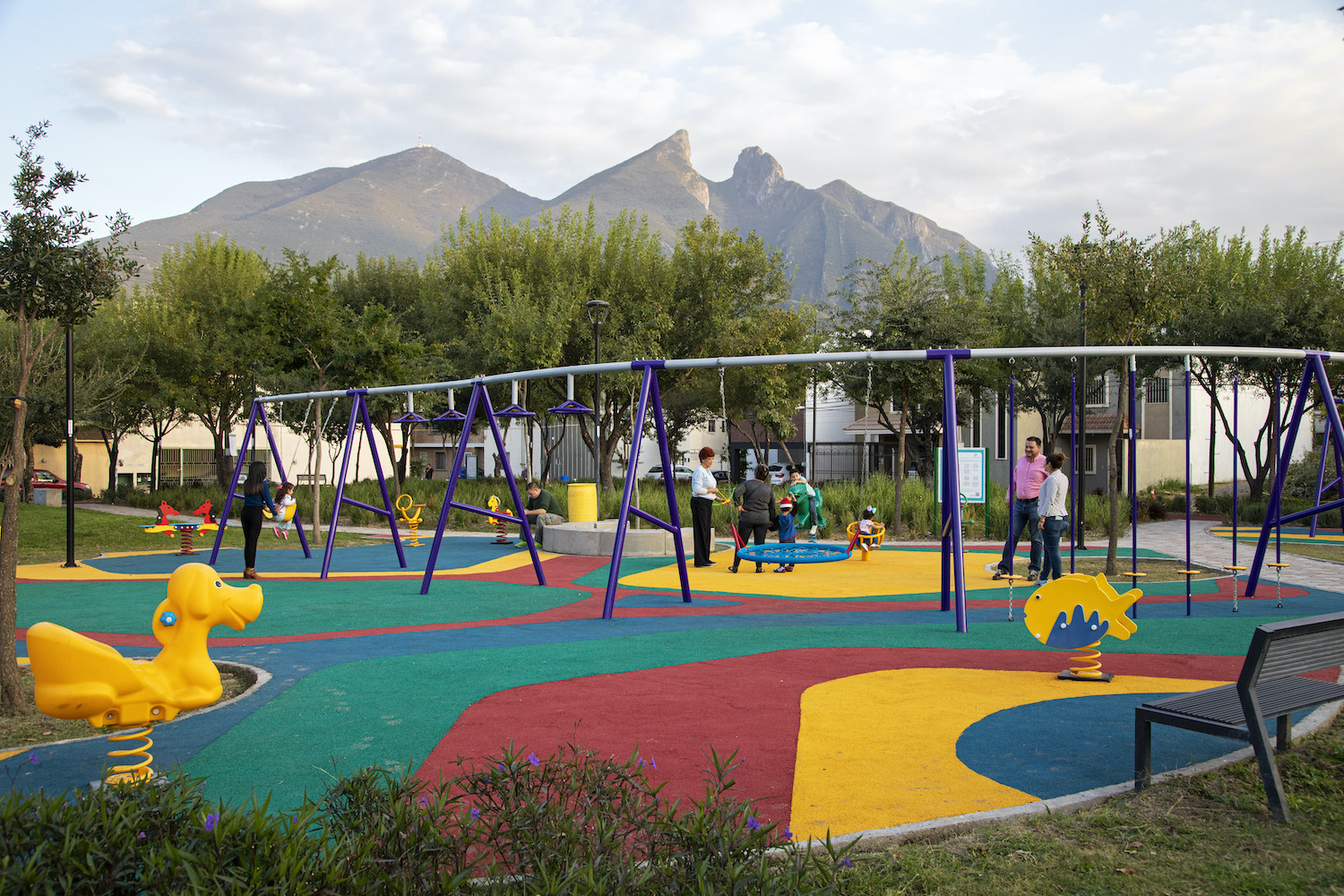 The initiative is helping to draw residents back into a safe and desirable Monterrey.

Over the past three decades, Monterrey has grown into a sprawling, low-density city — growth that has come with high environmental and social costs. As Monterrey has built out, many residents and businesses have left the city center for more car-dependent outer neighborhoods. Violent crime from the country's drug war caused even more residents to move outward, intensifying the cycle of sprawl that leaves many residents needing to travel very long distances for essential services.

In 2010, violence came to a head and touched the Tec community directly with the deaths of two students. Faced with the choice of moving out of the city center to keep students safe, or working with the community to develop a solution, the university chose the latter. Tecnológico de Monterrey created a team to pioneer DistritoTec, an initiative to create more dense inner-city neighborhoods, and draw residents back into a safe, desirable Monterrey.

DistritoTec creates compact, mixed-use neighborhoods that minimize the need for car travel and provide an array of urban amenities, like parks, community centers and event programming. The approach fosters sustainable mobility through its complete streets program, which installs bicycle lanes and pedestrian crossings, and revitalizes underused and abandoned spaces into public parks and plazas.

The university-led model has also transformed Monterrey's public policy to better support a more equitable, sustainable urban future, including a new regulation allowing inner-city neighborhoods to increase density, a new collaborative model for district governance, improving access for all residents to core urban services and making it easier to get around without a car. 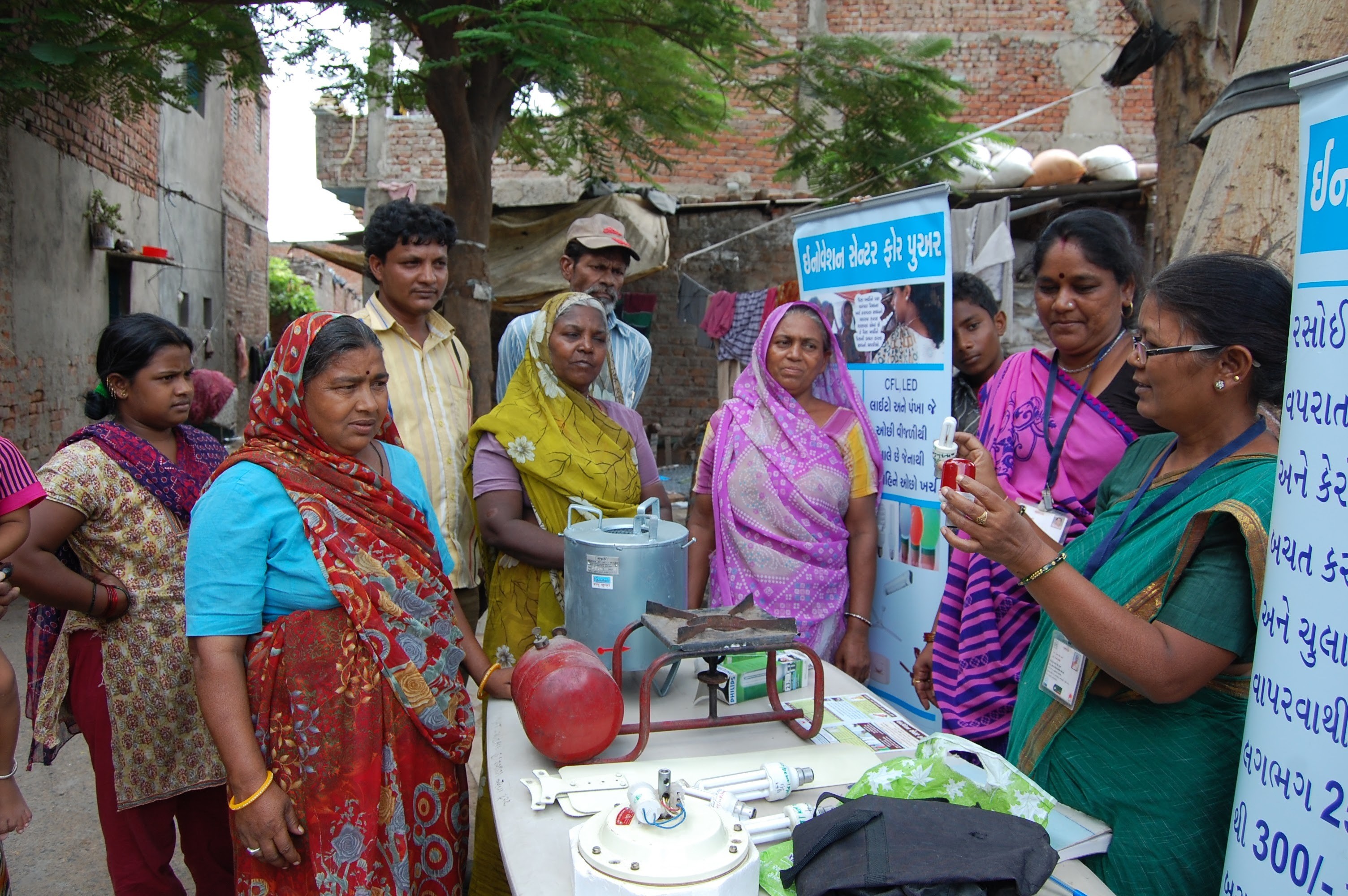 A group of women are learning about home energy audits.

In Ahmedabad, urbanization intersects with climate change-induced heat extremes, water scarcity, flooding and public health. As in Nairobi and many other cities with large informal settlements, residents of slums are particularly affected, as their homes are less protected from flooding and extreme heat. Women are also more vulnerable to environmental hazards at home, as their livelihoods often depend on home-based work.

By bringing together this diverse set of actors, the housing trust and the Vikasinis closed the gap between solutions on offer and the specific needs of slum communities. They produced technically suitable and financially attainable upgrades — such as white paint to reflect sunlight off rooftops and keep homes cooler, rooftop catchment systems to collect water during heavy rains, and water meters to help the community avoid wastage — that mitigate climate risks from the ground up.

Local communities and female leaders now have increased access to city-level initiatives and decision-making, and have helped make climate resilience a municipal priority. Beyond Ahmedabad, the Mahila Housing Trust has inspired similar models, which now reach more than 125,000 people in 107 slums across six other South Asian cities.

Inclusive Cities in a Changing Climate

Climate change is an important driver of urban inequality in many cities. However, as these five big ideas show, well-designed and inclusive climate action can itself help cities become more equitable, thriving places for all residents.