Water Is Key to Our Economic Future: Why Aren’t We Investing in it Like We Should?

Water Is Key to Our Economic Future: Why Aren’t We Investing in it Like We Should? 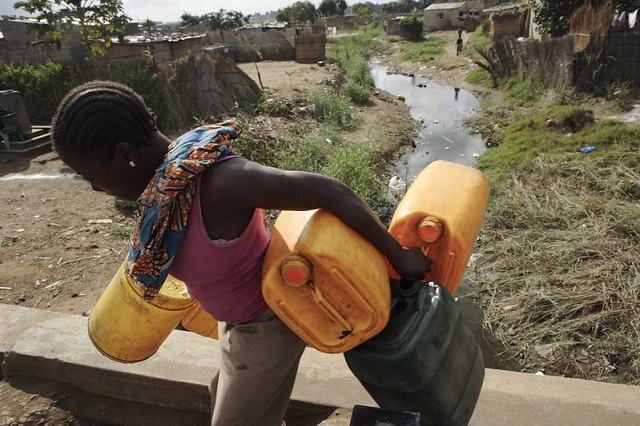 Water ripples through many sectors of the global economy. Whether companies are in the business of hygiene or hamburgers, phones or pharmaceuticals, they all have water in their supply chain.

It takes 12,000 liters of water to produce a single smartphone and 15,000 liters to produce a kilogram of beef – that is how connected so many aspects of our lives are to water.

Take General Motors’ operations in Brazil for example. In 2015 the company experienced €2.1 million in extra water costs and €5.9 million in extra electricity costs due to drought in a country heavily reliant on hydroelectric power. Or Kellogg’s, which has reported a 300% surge in water prices across its factories in Mexico since 2012.

Analysis by World Resources Institute (WRI) reveals that 17 countries – home to one-quarter of the world’s population – face “extremely high” levels of baseline water stress. In these countries, agriculture, industry and municipalities use, on average, more than 80% of available surface and groundwater every year.

Businesses and jobs all over the world are under threat if water risks are not addressed – and so too are lives. More than two billion people lack safely managed access to water. Many human crises flow from water crises.

As we take on this challenge, direct investment in more sustainable water services is required.

The Case for Blended Finance

There is currently a €200 billion annual funding gap and the best way to bridge it is through combined public and private investment.

In the past, investment in water was seen as complicated and difficult, but that is now starting to change. Data from emerging markets shows that already 9% of water funding comes from the private sector. While this is far behind the 87% for telecoms and 45% for power, the case for direct investment in water is getting stronger by the day.

There is a compelling business case, as a new analysis by WaterAid and Blended Finance Taskforce reveals. Funding water infrastructure would unlock €500 billion in benefits annually to the global economy.

Businesses like CityTaps, a mobile payments service for water in Niger and Kenya, that has enabled utilities to reach new and previously disconnected customers. A quarter of the users in Niger earn less than €25 per month. But CityTaps’ model has improved customer services, reduced operating costs, and drove an average cost reduction of 20% for customers.

Blended finance can reduce the risk of private investment and boost entrepreneurship. It unlocks opportunities for economic returns whilst also improving access for under-served communities. Women and girls who spend hours collecting water every day can finally have time to go to school or take a job outside the home.

And private investors are taking notice. In 2021, Meridiam, a global investor and asset manager, successfully fundraised to acquire the New Suez as a route to investing in water projects in emerging markets. Many others are realizing that the crisis doesn’t stop at their doorstep and are stepping up.

As climate change threatens water, initiatives like the Resilient Water Accelerator are encouraging innovative investment. They are looking to fast track support for communities living on the front line.

Currently, less than 2% of all public and private climate finance is spent on water projects. But when climate finance goes hand in hand with other private and public sources, it can provide a significant boost to investment in communities most at risk to adapt to climate change.

The EU also views water as key to its climate adaptation programs in partner countries in developing regions. It aims to mobilize up to €300 billion in investments for large-scale projects as the “global arm of the European Green Deal.”

Public-private partnerships are another opportunity. Five years ago, in Kigali, Rwanda, just 30% of residents were connected to the main water network.

Thanks to an initiative between a coalition of public and private financers and the African Development Bank, there is now an additional 40 million liters of water per day available to the city’s one million residents. For some, this means they have reliable and affordable water for the first time.

The initiative takes a systemic approach to addressing water risks at the city-region scale, reaching the long term needs of growing urban populations.

It is fitting that climate adaptation will take center stage at this year’s COP, hosted by Egypt, since Africa is a continent with a comparatively small carbon footprint but one which is already picking up the bill for water and climate impacts.

What is needed now more than ever is a collective effort on the part of both public and private players to forge a pathway towards a prosperous and water-secure planet.

This article originally appeared on Euronews.

Ani Dasgupta is President and CEO of World Resources Institute.