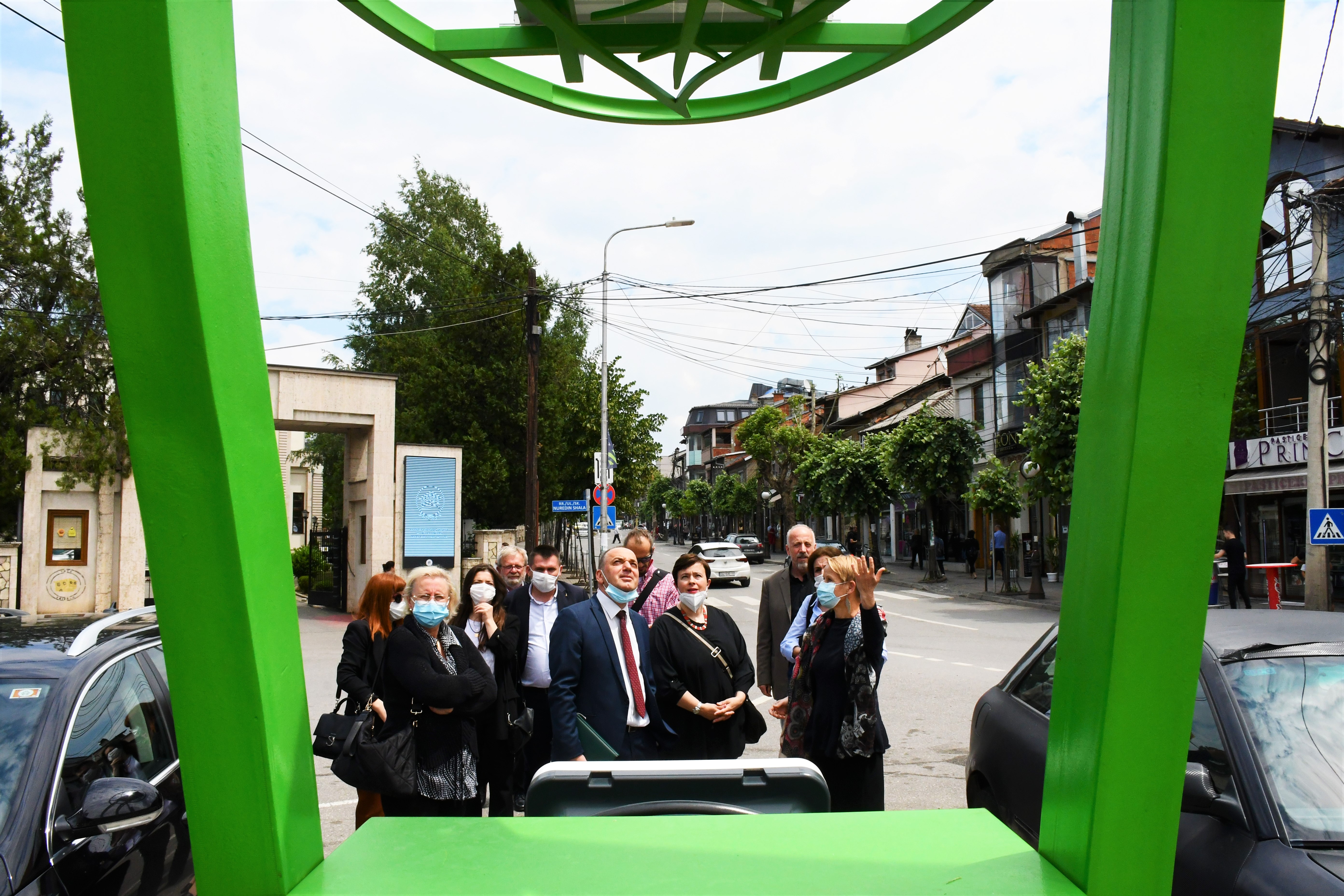 by UNDP | Originally published on 13 December 2021

The development of cities is both the cause and the solution to climate change. Today, Kosovo's* cities emit more greenhouse gases than ever before from congested traffic and the use of fossil fuels for electricity and heating. New apartment buildings are being constructed on narrow streets without proper planning. Green spaces are few and far between.

Over the past 20 years, urban centres have multiplied in size, with an increasing carbon footprint. Globally, 70 percent of all carbon emissions are city-based. Liquid and solid wastes from cities, as well as urban air and soil pollution, have environmental and health consequences that affect urban and rural residents. Urban agglomerations have expanded resulting in low-density environmentally-damaging sprawl. This has brought many challenges, including lack of public transport and efficient energy systems in homes.

Kosovo’s development plans lack effective measures for climate change adaptation and mitigation, despite the development of strategic environmental assessments required under the law. Spatial development to meet the social and economic needs of Kosovo’s municipalities has not yet adequately addressed environmental impacts. Greening and blueing infrastructure, retrofitting buildings with bio-based materials, and creating more greenery for residents is crucial to adapting to the new climate reality.

A new assessment by UN-Habitat on climate change planning capacities in Kosovo’s 38 municipalities found that less than three percent of staff had expertise in climate research and analysis, or in implementing climate adaptation and mitigation. The use of climate science to inform urban research, planning, and capacity building is sub-optimal. The development of a more robust evidence base for cities is still nascent, fragmented, and detached from Kosovo-wide policy and decision making.

For cities to reduce their carbon footprint, there is a need for integrated data-driven solutions, participatory processes, new partnerships, blended financing, and better use of innovation. With the City Experiment Fund, UNDP has helped Prizren, Kosovo's second-largest city, explore uncertainty and envisage a more open, transparent, and inclusive urban future where residents can lead healthier lives. UNDP aims to extend it to other municipalities and explore the interconnected challenges ranging from migration, climate change, service delivery, and other emerging challenges – and through a participatory process, identify solutions to them.

In Prizren, local climate action has been piloted through an evidence-based and participatory planning process by developing a cross-sectoral investment plan that will help reduce greenhouse gas emissions.

The collaboration will soon continue to the next phase, building on the promising results achieved, with an increasing emphasis on nurturing innovative financing and partnerships through the Green Growth Centers, and by shifting towards more sustainable food systems in Prizren and the neighboring Suhareka. These initiatives demonstrate that carbon-neutral development can be achieved through strong commitment and municipal action.

Transport is the fastest-growing contributing sector to Green House Gas Emissions in Kosovo and with an estimated annual traffic growth of 4.4 percent, the number of private vehicles will double in 16 years. This is the window to act to avert this scenario leading to heightened emissions and total gridlock of transport systems with settlement patterns that are unsustainable and liveability in cities endangered.

Since the majority of cities in the Western Balkans do not yet have a policy that focuses on public and non-motorized transport, it is vital to implement sustainable transport measures that disrupt car-oriented development. The way Kosovo cities plan and manage their growth, ensuring proximity, mobility, and connectivity for people and the movement of goods will also determine their prospects for climate action since transport-related emissions are the fastest growing in Kosovo.

UN-Habitat recently launched Kosovo-wide Guidelines on Sustainable Urban Mobility Planning (SUMP) which take a fresh, forward-looking approach for a relatively new field of action by municipalities and their partners, considering existing guidance from the European Union and UN-Habitat’s real experiences from implementing SUMPs in Mitrovica South and North Municipalities. UN-Habitat has connected these SUMPs to new financing for their implementation in cooperation with the Minister of Environment, Spatial Planning and Infrastructure who are jointly investing in new bike lanes in Mitrovica South municipality which redistribute space away from cars for people-centered mobility planning.

UNDP and UN-Habitat will continue to work together in supporting Kosovo municipalities - in partnership with actors across the society and international actors - to adopt integrated approaches to strengthen local climate action whilst pursuing people-centred cities which prosper within a 1.5C future. UNDP and UN-Habitat are the co-chairs of the UN Kosovo Team Results Group on ‘Resilient, Sustainable and Inclusive Economic Development’ which coordinates UN system-wide action for climate in Kosovo.

* References to Kosovo shall be understood to be in the context of Security Council Resolution 1244 (1999).