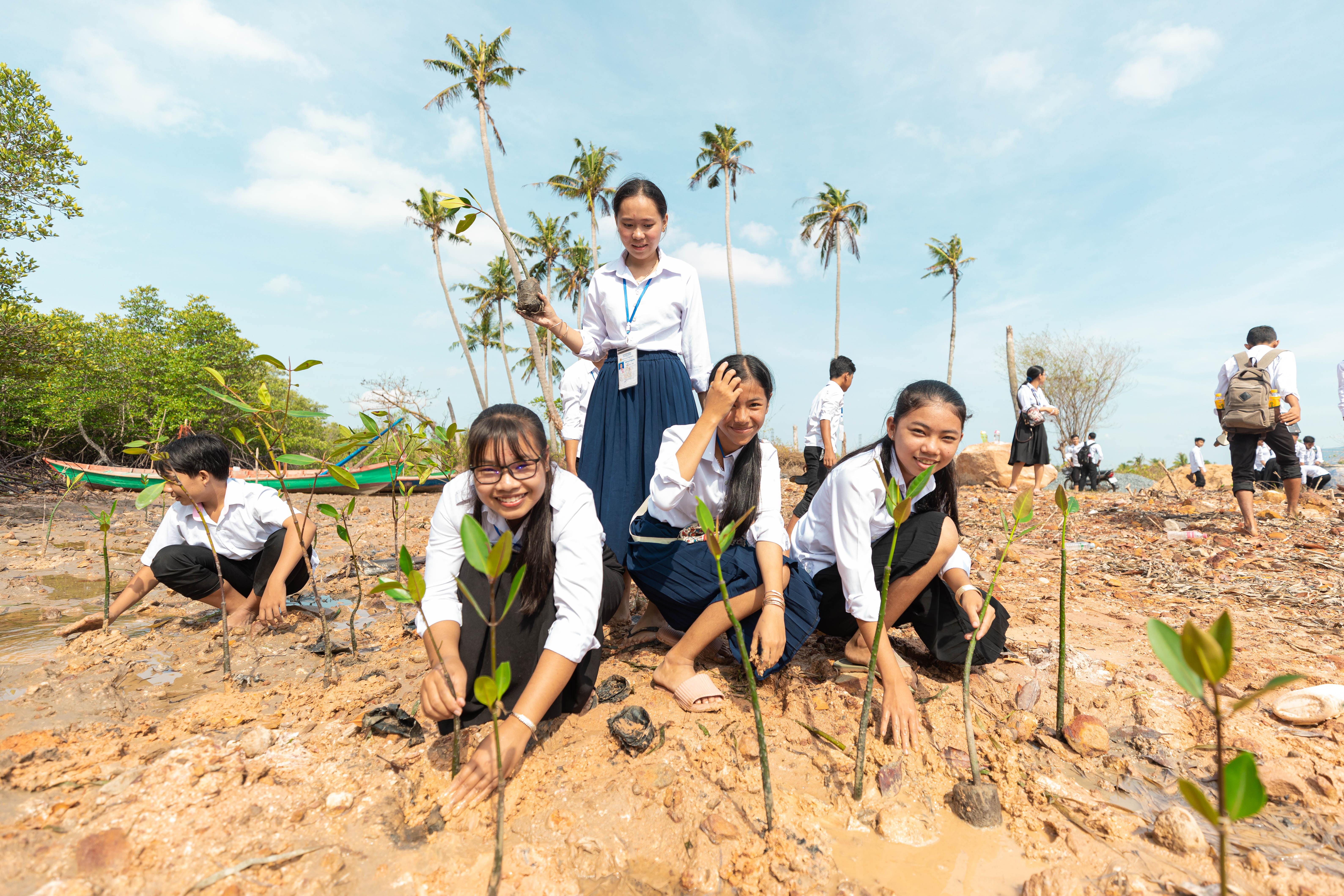 UNDP has played a prominent role in the submission of the new cycle of NDCs under its Climate Promise initiative launched in 2019. 120 developing countries and 35 partners are part of the initiative, which is now the world’s largest offer of support to countries on NDCs. UNDP is currently preparing a new phase of the initiative focused on NDCs implementation.

New York, 28 October 2021 - Vulnerable countries are stepping up amidst a slow response from some of the biggest emitters on the climate crisis. A new report released today by the United Nations Development Programme (UNDP) ahead of the upcoming COP26 climate negotiations reveals that while 93% of Least developed countries (LDCs) and Small Island Developing States (SIDS) had submitted enhanced national climate pledges, or plan to do so, the G20 has been dragging its feet on adhering to the core principles of the Paris Agreement to “ratchet up” their climate ambition.

As the countries responsible for more than three-quarters of global greenhouse gas (GHG) emissions, the role of the G20 in combatting the climate crisis is significant. However, three G20 members just submitted new pledges in the past few days – missing a key cut-off date of 12 October for inclusion in analysis of the United Nations Framework Convention on Climate Change (UNFCCC) that is meant to inform the UN climate talks beginning in Glasgow in a few days’ time.

In addition, of the 18 NDCs that have now been submitted by G20 members, many are heavily reliant on long-term targets and still lack meaningful near-term ambition that is needed to help prevent the disturbing rise in the global trajectory of current GHG emissions.

UNDP’s report, The State of Climate Ambition, is unique in that it provides a global assessment of both the pledges already submitted to the UNFCCC as well as ambition intentions of countries that are still planning to submit. The new report also compares current trends against those that were assessed in the first NDC Global Outlook report in 2019.

The report shows that vulnerable countries, often home to the world’s poorest people who are on the frontlines of the climate crisis, continue to be trailblazers on climate ambition, leaving richer countries lagging.

As of 12 October 2021, ambition intentions of LDCs and SIDS had risen significantly, with 93% having submitted enhanced NDCs, or planning to do so (up from 42% in 2019). Looking only at intentions to reduce GHG emissions, 86% of LDCs and SIDS intend to raise mitigation ambition (up from 40% in 2019). However, the report warns that ultimately, this group of 78 countries is only responsible for 7% of global GHG emissions.

“These figures demonstrate that many developing countries across the world are leading the way for decisive climate action”, says Mr. Achim Steiner, the UN Development Programme Administrator. “Yet COP26 must be the moment where all nations rise to the challenge of climate change, especially high-emitters. As the window to limit global warming to 1.5 degrees Celsius narrows, this is our only pathway to secure the future of people and planet.”

Overall, the report does have some encouraging news. For example, it shows that the Paris Agreement’s ratchet mechanism is working, as most countries have abided by its key principle to revise and subsequently submit increasingly ambitious NDCs every five years. In total, 178 countries representing 79.3% of global GHG emissions, plan to submit enhanced NDCs– up from just 75 countries in 2019.  Of this group, 160 countries have strengthened their mitigation targets.

Among the report’s other positive findings are the inclusive approaches adopted by a large majority of governments to update their national climate pledges. The number of countries, large and small, prioritizing climate action and citizen engagement has never been higher, which is especially impressive in light of challenges arising from the COVID-19 pandemic.

The report also notes an uptick since 2019 in the number of countries preparing and submitting long-term strategies to reach net-zero emissions by mid-century. These commitments could help achieve the Paris Agreement goals, but require solid, credible strategies to back them up and better alignment with NDCs, the report warns.

“UNDP’s ‘NDC Outlook Report’ offers a slightly more hopeful view. It recognizes that countries are improving upon their Nationally Determined Contributions, that our collective climate ambitions are rising. While the report acknowledges the gaps, particularly around financing, and commitments from wealthier countries, there is nonetheless cause for cautious optimism.” says Mr. Abdulla Shahid, the President of the UN General Assembly.

UNDP has played a prominent role in the submission of the new cycle of NDCs under its Climate Promise initiative launched in 2019. 120 developing countries and 35 partners are part of the initiative, which is now the world’s largest offer of support to countries on NDCs. UNDP is currently preparing a new phase of the initiative focused on NDCs implementation.

“The next chapter of UNDP’s Climate Promise - ‘From Pledge to Impact’ - will see UNDP scale-up our support to countries, helping them to turn their targets into concrete, bold and ambitious action. That means forging better connections between NDCs, sustainable development plans and credible net zero pathways”, said Mr. Steiner.

The report features promising initiatives from ten countries that have been supported under the Climate Promise including:

Note to the editors: Saudi Arabia submitted an updated NDC on 23 October 2021 with clearer emission reduction goals and announced a 2060 net zero target. Australia and China submitted updated NDCs on 28 October 2021, both of which confirmed existing targets and added net-zero targets for 2050 and before 2060 respectively. China also confirmed recent statements by including its intention to peak CO2 emissions before 2030.

UNDP is the leading United Nations organization fighting to end the injustice of poverty, inequality, and climate change. Working with our broad network of experts and partners in 170 countries, we help nations to build integrated, lasting solutions for people and planet. Learn more at www.undp.org or follow at @UNDP.